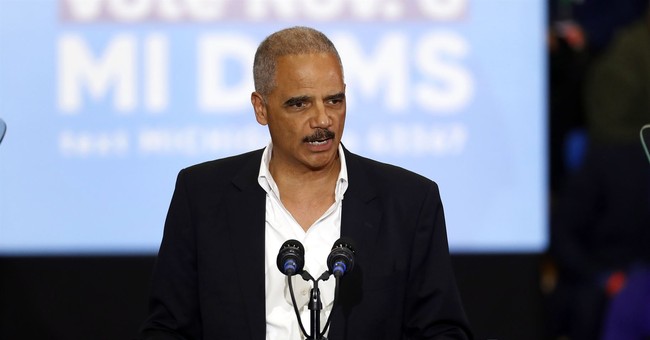 As a result of the 2020 election, Virginia voters overwhelming chose to add the Virginia Redistricting Commission Amendment to the Virginia Constitution. As a matter of redistricting reform, the amendment establishes a commission to draw the lines for Virginia seats in the U.S. House of Representatives and in state offices.

While the redistricting power previously came from the Virginia General Assembly, it instead shifted to members from both parties and--two from each party from each chamber--and eight citizens in Virginia. A report from Graham Moomaw with Virginia Mercury provides insight as to how this is looking less than independent.

The piece in question from September 9, "Incumbent protection remains flashpoint as Virginia senator tries to draw his own district lines," is about state Sen. George Barker, a Democrat who represents Fairfax.

As Moomaw began his piece:

Stopping legislators from drawing their own districts was the main rallying cry behind the new Virginia Redistricting Commission voters approved last year. But one legislator is trying to do just that in full public view from his perch on the commission.

A week after noting a consultant-drawn draft map would push him out of his district, Sen. George Barker, D-Fairfax, drew an amended plan that shuffled just a few precincts, putting himself back in a Senate district with no other incumbents.

The attempt came as a shock to other commissioners, one of whom said it looked like the very thing Virginia voters voted overwhelmingly to end.

And yes, he really did try to draw his own district lines. Each time he speaks too, his lack of self-awareness comes out:

Explaining his proposal at a meeting Thursday, Barker said the draft map drawn by the commission’s Republican consultant could push him into a lopsided primary contest with Sen. Chap Petersen, D-Fairfax. It wouldn’t be a fair fight, he said, because most of the district falls under Petersen’s current turf.

“In a primary situation, the people who have been voting for him… they know him, they don’t know me,” Barker said. “And basically in a situation where he has 39 precincts and I have two, there’s no contest.”

He also argued his proposal kept a community of interest together within the Occoquan Watershed, a more rural part of the region that he says is united by certain zoning rules, water and sewer systems and “lots of cellphone problems.”

In an interview with The Virginia Mercury after the meeting, Barker disputed that his proposal was purely about self-interest.

“I would do the exact same thing for any other senator who had a situation like this, Republican or Democrat,” Barker said. “I only do this because I happen to be the one who was impacted.”

Barker noted his proposal would have no partisan ramifications and require minimal changes to the draft lines drawn by the consultant. Barker has argued that keeping incumbents happy is a real concern that the commission might ignore at its own peril, a point he reiterated after Thursday’s meeting.

“This map has to be approved by both the House and the Senate,” Barker said.  “And basically if you’ve pissed off and upset the lives of, let’s say 20 members of the House of Delegates, that doesn’t help it get passed. We need to get this map passed so that we can prove that we can do this in a bipartisan fashion that doesn’t favor either political party.”

Even Baker's fellow Democrats were taken aback, including the Democratic citizen member:

After Barker’s presentation, Democratic citizen commissioner Sean Kumar asked why the group would even entertain the idea of letting a legislator draw his own district.

“I’m not sure why we’re hearing this,” Kumar said. “This seems to me like it’s a statement of self-interest, not about good government or good districts.”

The rest of Moomaw's article highlights how the process is going less than smooth for sure. There's lots of unhappiness all around, problems in Northern Virginia, and even angry back and forth between Republicans and Democrats on the commission.

There's also the issue of how the maps will actually be decided:

The group has not yet voted on any maps but is planning to slowly build a cohesive, region-by-region proposal over the next few weeks. If a final map can be approved by the commission, it then goes to the General Assembly for an up-or-down vote. If the proposal can’t pass the legislature, the Supreme Court of Virginia will redraw the lines using its own consultants.

It remains unclear how the commission is planning to merge draft maps prepared by its Republican and Democratic consultants.

The commission is looking to be messy. It's also hardly "fair," as former Attorney General Eric Holder was adamant this process and should be, while arguing Virginia's process is the way to go.

I support - and will work to make effective - the Commision in Virginia to do the redistricting in 2021. Republicans are trying to undo Commissions put in place in other states by the voters. I stand for fairness. https://t.co/J7JDPw31sP

Holder also said, just a few months ago in July of this year, that it was about a fair system. The former attorney general spoke with MSNBC's Lawrence O'Donnell about redistricting on his July 8 program of "The Last Word with Lawrence O'Donnell," which had also referenced the National Democratic Re-Districting Committee (NDRC) created in 2017:

HOLDER: Yeah. We want [people] to participate in the process. Where there are hearings that are being conducted in state legislatures, go to those. Where there are going to be field hearings, attend those. Figure out ways in which you can get in touch with your state legislator, Senator, Representative, to make sure that they`re doing the right thing. There are four one-hour sessions that we are putting on if you want to figure out how you can get involved, go to mobilize.us/allontheline. And you can find out there how you can be involved.

This is four one-hour sessions that will make you a real -- real warrior in the fight for a fair re-districting process. And that`s all that we`ve been fighting for at the NDRC. We just want to make the process fair. Let`s not have policy determine understand this country by who has the ability to draw the lines that favor one party or the other.

Let`s leave the -- let`s draw fair lines and make sure that we have, you know, have fair -- fair elections.

O`DONNELL: The process has -- has been made fair, in -- apolitical in some states. One of them is California, the biggest state, controlled by Democrats, where you could -- Democrats could, conceivably, redistrict when they want to, Republicans out of congressional offices.

But Democrats don`t even have the power to do that in that state even though they control the government because it has been surrendered to a nonpartisan commission to do it. I mean, that`s -- that`s the ideal. But you can see, in this situation, where it leaves Democrats, in effect, politically unarmed in ways that Republicans remain armed.

HOLDER: Well, no. I wouldn`t -- I wouldn`t, necessarily, agree with that, Lawrence. I mean, we did the same thing in Virginia, took control of the governorship, both houses of the legislature, and decided to put in place a nonpartisan commission there, because here`s the deal. If the process is fair -- if the process is fair -- Democrats will do just fine. In fact, Democrats will, I think, in fact, prevail.

We won`t have to do what Republicans do, which is in essence to cheat. When you look at what happened in Wisconsin last go around, Democrats got about 54 percent of the votes for the Wisconsin state legislature. Got about one- third of the seats. If you have a fair process, a fair process, Democrats will -- will do -- will do just fine.

Republicans are definitely noticing, and pouncing. "House Minority Leader Todd Gilbert, R-Shenandoah, sent the commission a letter Thursday urging the commission not to take votes on maps for certain regions without giving anyone a chance to see a statewide map and how regional plans interlock with each other," Moomaw explained.

The Republican State Leadership Committee has also weighed in.

"The chaos in Virginia is just another example of how Democrats across the country are doing everything they can to gerrymander maps to benefit themselves, even exploiting the very independent redistricting commissions they claim produce ‘fair maps.’ Eric Holder and the rest of the national Democrats who pushed for this redistricting commission in Virginia should denounce these power grabs for what they are, but their quest for power will keep them silent – just like they have been on the left’s hypocritical gerrymandering efforts in states like Illinois and New York," said RSLC Communications Director Andrew Romeo.