The Left is Afraid of Democrats Losing This Key Voting Bloc 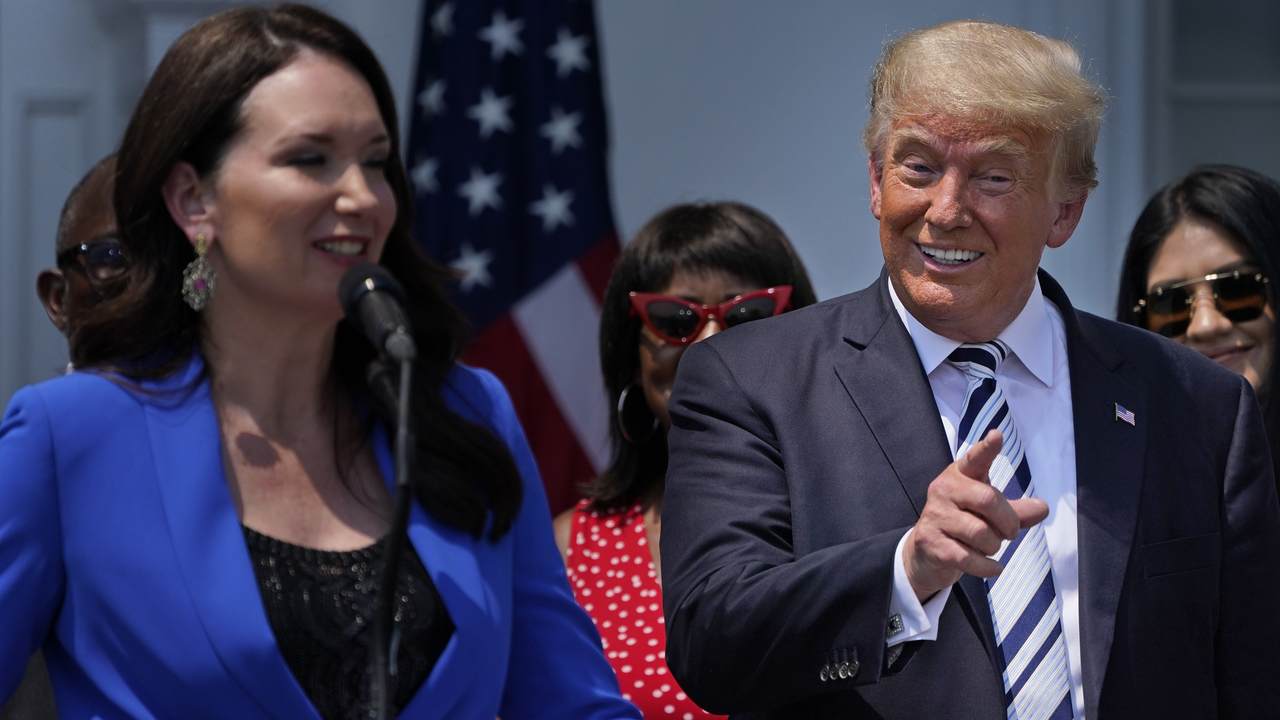 This week saw quite the discussion on the Latino voting bloc. On June 30, the Pew Research Center released "Behind Biden’s 2020 Victory." While he did not win re-election, former President Donald Trump nevertheless did make some significant gains, including and especially with the Hispanic communities.

"Even as Biden held on to a majority of Hispanic voters in 2020, Trump made gains among this group overall," explained one key takeaway. Another takeaway point noted that while "Joe Biden’s electoral coalition looked much like Hillary Clinton’s, with Black, Hispanic and Asian voters and those of other races casting about four-in-ten of his votes," it was "[a]part from the small shift among Hispanic voters"

"To be sure, Hispanic voters are not a monolith; there is substantial diversity within the Hispanic electorate." Pew made clear. With regards to that diversity, the second link leads to "Most Cuban American voters identify as Republican in 2020."

Trump was able to win Florida once again in 2020 thanks to this impressive gain in Hispanic voters as well as the Republican Party's support from Cubans as a voting bloc.

Reactions from the left were predictable, with Paola Ramos' lamentations that Latinos are experiencing "a cultural identity crisis." Ramos, in addition to being an MSNBC contributor and the Hispanic Press Secretary for Hillary Clinton's presidential campaign, is the author of "Finding Latinx: In search of The Voices Redefining Latino Identity."

"What we're seeing right now is a cultural identity crisis that we are undergoing as a community that is completely splitting and dividing Latinos," Paola Ramos says about Latinos' decreasing support for Democrats. https://t.co/pAi0uvhhLA

As Brad Slager covered in his Thursday VIP column for Townhall:

Alicia Menendez sat in for Nicolle Wallace on "Deadline: White House," and the discussion concerned Donald Trump seeing so much improvement with Latino voters and exploring some of the reasons why that happened. Well, reason will not be a priority when bringing on a former Clinton operative.

Former Hispanic Press Secretary for the Clinton campaign, Paola Ramos, was dismayed at the numbers and tried to make sense of things. She did not succeed. Ramos mentioned that half of Latinos feel they need to "act white" in order to achieve the American dream and half rebel against whiteness. Maybe part of the problem is a press corps that regards Hispanics as a minority or white, depending on how it serves a particular agenda. Maybe part of the problem is declaring that it is a crisis when Latin voters think for themselves. Or, just maybe, having an expert from a failed campaign after Trump improved Latin support in 2020 was not the best move.

Ramos, despite having cited Pew Research, clearly missed out on such a key point, that "Hispanic voters are not a monolith."

Not sure how this is a crisis that Latinos aren't some monolithic Democrat voting block.

Oh wait this is on MSNBC which is literally just an arm of the DNC. https://t.co/jnc9H56ciK

Exactly the WRONG lesson to take away regarding Latinos from the 2020 Dem primaries and general election. https://t.co/dyaAzSm2SU

No we’re not! And it’s bigoted to think so, to just tick us down to a monolith is just another example of the bigotry of low expectations. https://t.co/I0tMoI0vGr

In addition to the heat Ramos and that segment took on Twitter, Carlos Gimenez (R-FL) and Rachel Campos-Duffy referred to Ramos' comments as "insulting" and "slanderous," as highlighted by Fox News' Kristen Altus.

There is another theory, though, and it was mentioned by both the congressman and Campos-Duffy. Hispanics don't want to deal with the woke nonsense that Democrats are peddling, especially when it's too reminiscent of the socialism many of them or their families fled.

Daniel Garza, a GOP operative who runs the LIBRE Initiative told the Washington Examiner that Hispanics "are rejecting woke progressivism."

Exactly. Latinos are not just our ideology. We are our parent’s sons & daughters, we’re our shared culture, language, historical legacy, our faith, our diverse American experience, our education, race & ethnicity, our immigrant experience, y mucho mas. Respect our differences

Democrats really ought to be kicking themselves over this one, especially if this is indeed a factor when it comes to Hispanic voting patterns, they can likely expect to keep losing such support while they keep this "woke progressivism" up.