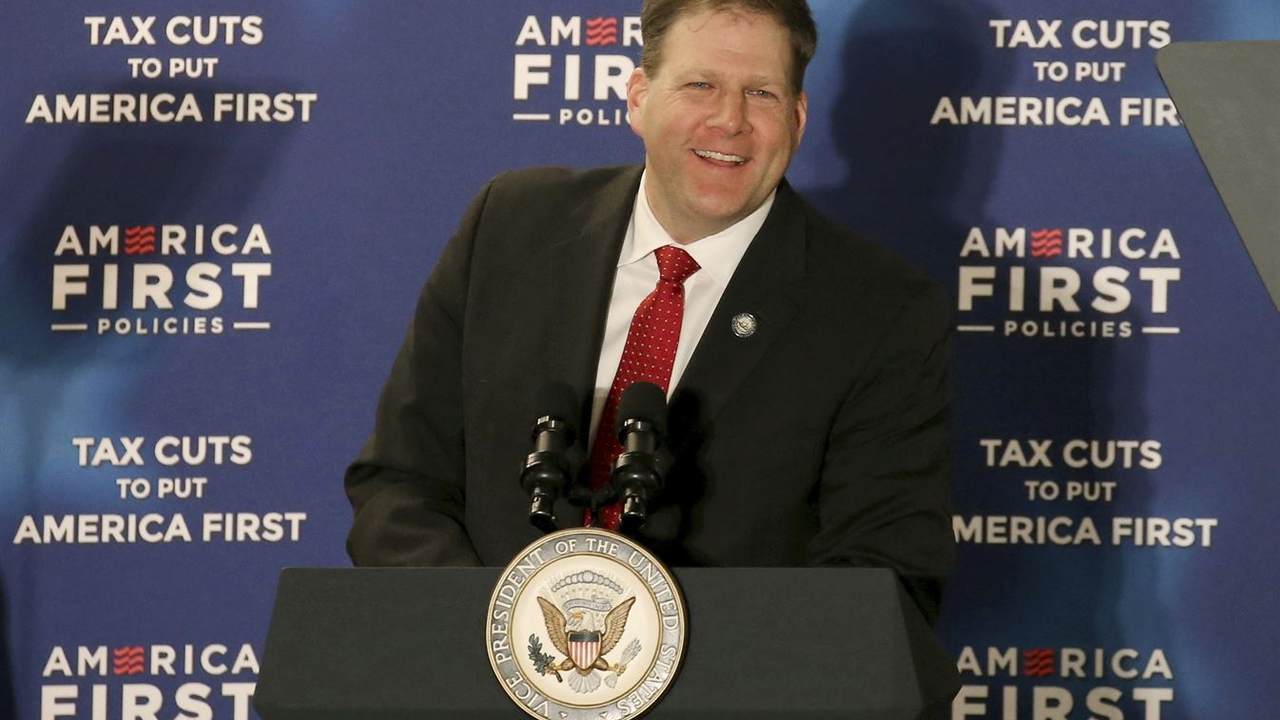 Last month, Gov. Chris Sununu (R-NH) left both sides of the abortion wondering and waiting to see if he would sign a budget proposal. Sununu, one of the most popular governors in the country, is a pro-choice Republican, whose name has been floated as a potential Senate candidate to run against incumbent Maggie Hassan (D-NH). The Republican legislature included in their budget proposal, among other things, a ban on critical race theory and a ban on abortions past 24-weeks. Last week, the governor signed the budget, as he signaled he would do.

As Michael Graham with the NH Journal reported last month:

“I’m a pro-choice governor, but like most citizens of the state of New Hampshire, I do not think that we should be doing late-term, at the very last minute type abortions,” Sununu told WGIR radio Thursday morning. “That’s all this [amendment] really touches upon. I think most people agree that’s not appropriate. So no, I wouldn’t necessarily veto a budget over that.”

And, Sununu added, “I think fundamentally, most people agree that those types of late-term abortions are not appropriate. And even most pro-choice people agree with that as well.”

Not everyone is so clear-headed, though. James Pindell, writing for the Boston Globe, claimed "N.H.’s Sununu, the GOP’s top Senate recruit for 2022, may have just created a big political problem over abortion."

Pindell was worried Sununu "may have committed a mistake that will likely dominate next year’s [senate] election, should he end up running." Pindell also suggested that "the real story [of the budget] is that it touched one place that no Republican should ever go in New Hampshire: abortion."

Pindell puts in minimal effort to convince readers why the 24-week abortion bans such a bad thing:

Tucked into the so-called trailer bill of the budget that Sununu signed late Friday afternoon was a measure that would ban all abortions after 24 weeks, potentially sending doctors who perform them to jail for seven years along with fines up to $100,000. There is an exception for medical emergencies, but none for victims of rape or incest. In addition to that, New Hampshire will now require all patients seeking an abortion to first undergo an ultrasound, joining 27 states which already do this.

Three pieces of context do matter here. First, before the budget was signed, New Hampshire was one of only seven states that didn’t have some type of late-term abortion ban. Second, while there is no specific data, abortions after 24 weeks are considered are extremely rare, according to providers. Third, the polling has been clear for a while: New Hampshire voters favor abortion rights.

The latest polling this spring from the University of New Hampshire found that at least 88 percent of residents say abortion should be legal in at least some circumstances. When asked specifically about the ban after 24 weeks, 43 percent of those who responded to a June poll said they liked the idea, while 46 percent said they opposed it. But these split feelings about the ban might be beside the point. Democrats and Planned Parenthood have already gone on the attack with web ads questioning Sununu’s claim he is a “prochoice governor.”

New Hampshire is one of the few states which does not mandate abortion reporting. The state has not reported numbers since 1997. Thus we can't fully take Pindell's word and these unspecified "providers" on how "extremely rare" they are. The Guttmacher Institute estimated there were 2,210 abortions performed in New Hampshire in 2017.

The CDC numbers for 2018 estimate that 1 percent of abortions were performed after 20 weeks, based on what data they have. That means over 6,000 abortions were still performed so late into pregnancy.

While Pindell laments a lack of rape and incest exception, he leaves out that most late-term abortions are elective abortions performed on healthy women with healthy fetuses.

The poll in question is one poll. I'm not worried that this means New Hampshire voters don't want commonsense abortion restrictions, especially when voters do at the national level.

At 24-weeks an unborn child can feel pain and is capable of surviving outside of the womb. The abortion procedure involves the abortion provider inducing a lethal dose of digoxin to cause the child to go into cardiac arrest, and then labor being induced so that the mother can deliver the dead child. It is also significantly more dangerous for the mother than abortions earlier in pregnancy.

If New Hampshire, thanks to Sununu's signing onto the budget, was going to restrict abortion in the first-trimester, which is the direction some states are going in, then Pindell might have a point.

Planned Parenthood, which vehemently opposes any kind of regulation or restriction on abortion, including late-term abortion bans, was predictably speaking up against Sununu and the budget.

Contact @GovChrisSununu NOW at (603) 271-2121 or https://t.co/mwWl88mF7q and tell him you won't forget he turned his back on Granite State families by signing this abortion ban. #NHPolitics

Reporting from Ian Lenahan of the Portsmouth Herald about a press conference held on Thursday by opponents of the abortion ban indicated that "Portsmouth Police Commissioner and reproductive rights activist Stefany Shaheen slammed the abortion ban" and said "it is unconscionable, it is hypocritical, and it is stunning."

Shaheen just happens to be the daughter of pro-abortion Sen. Jeanne Shaheen, currently the other Democratic senator of New Hampshire.

In addition to this "ammunition" though, DiSato had some hopeful news tucked into his reporting:

But a GOP strategist and Sununu supporter was optimistic that Sununu, by supporting the language on all of these issues, has now solidified conservative support.

“He’s proven that he can knit together the various elements of our party right now,” the strategist said. “Any conflict that he had with that wing of the party has been buried. He comes into the second half of 2021 with real momentum.”

Whether Sununu has “buried” any conflict with the right wing of his party remains to be seen.

Meanwhile, the GOP strategist said, “Democrats will no doubt make an issue of the abortion provisions as well as the critical race theory provisions, but I think Chris Sununu has established himself as a strong mainstream conservative with an independent brand that is very popular with New Hampshire voters.

“When you take a look at the numbers, you will find stronger support (for the 24-week abortion ban) than the Democrats would lead you to believe.”

Last week’s UNH poll found that the abortion ban was supported by 43 percent of those surveyed and opposed by 46 percent, with sentiment split along party lines and independents almost evenly divided.

But the GOP analyst said Sununu has done a good job of pointing out that the abortion language now brings New Hampshire in line with more than 40 other states.

“Allowing abortions up to nine months is not where the New Hampshire electorate is,” the strategist said.

That these radical critics of the budget incorporating a commonsense abortion restriction have such a strong opposition says more about them that it does about Gov. Sununu for signing onto the budget. You can be pro-choice without being radically pro-abortion, which the Democratic Party has yet to learn it seems.