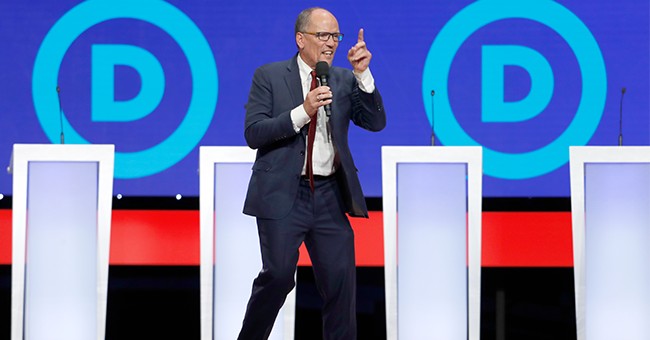 I’m running for Governor of Maryland.

If you share this vision, join us at: https://t.co/QGF8LZbqxP pic.twitter.com/3KDQeO64d1

POLITICO predicts that "Maryland represents perhaps Democrats’ best chance of flipping a gubernatorial seat in 2022. The state voted for President Joe Biden by over 30 points in 2020."

Cook Politico Report and Larry Sabato's Crystal Ball regard the race as "Lean Democratic," while Inside Elections regard it as "Battleground Republican."

In addition to serving as the DNC chairman until January 2021, Perez was the Secretary of Labor during the Obama administration, Assistant Attorney General, a civil rights prosector and head at the Department of Justice, the Maryland Secretary of Labor, and a member of the Montgomery County Council.

Although Barack Obama has not endorsed Perez, the campaign announcement video above does include praise from the former president. Obama is quoted in the ad as calling Perez "one of the best labor secretaries in our history."

In a rather glowing feature The Baltimore Sun, Former Republican National Committee (RNC) Chairman Michael Steele is quoted as saying he's still a Republican using colorful, candid language. "When people ask me why are you still a Republican, I say, 'Because I know it pisses them off,'" he noted.

While Steele said he is giving "very serious consideration" to running for governor, Barker reported that "Steele declined to provide a timetable for announcing whether he will run for governor. The filing deadline is next Feb. 22."