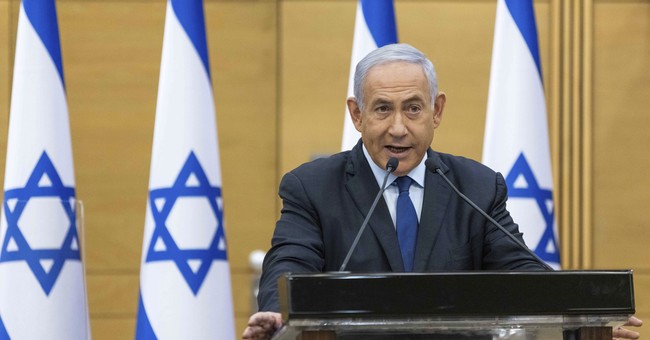 On Sunday, Benjamin Netanyahu's tenure as Israel's prime minister came to an end after 12 years, making him the longest-serving prime minister.

Although a coalition had been forming for some time now, on Sunday, it became official when parliament voted in favor of this "government of change" led by nationalist Naftali Bennett, a 49-year-old former defense minister.

As Reuters reported with a live update:

In a raucous session in which Netanyahu's right-wing and ultra-Orthodox supporters shouted "shame" and "liar" at Bennett, parliament voted confidence in his new administration by a razor thin 60-59 majority.

A former defence minister and a high-tech millionaire, Bennett, 49, was due to be sworn in shortly after the vote.

His alliance includes for the first time in Israel's history a party that represents its 21% Arab minority.

With little in common except for a desire to end the Netanyahu era and political impasse that led to four inconclusive elections in two years, the coalition of left-wing, centrist, right-wing and Arab parties is likely to be fragile.

Outlets are highlighting Netanyahu's pledge that he will return to power. In his last speech, he referred to the government as "dangerous" and said he would bring it down "much sooner than you think."

As Barak Ravid and Dave Lawler reported for Axios, Netanyahu used that last speech to raise concerns that President Joe Biden and the new Israeli government will not do enough to stand up to Iran:

Then Netanyahu rose to speak. He accused Bennett of being weak and untrustworthy (noting that he'd broken a campaign pledge by forming a government with Lapid), and said his protege-turned-rival would refuse to stand up to Biden on Iran.

Bennett will serve until centrist Yair Lapid, 57, takes over in 2023.