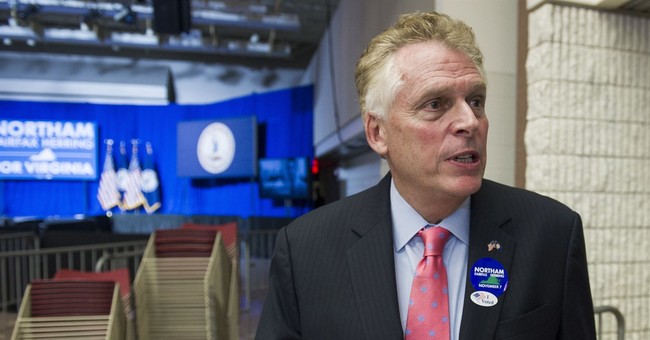 The nationally-watched gubernatorial race in Virginia took a turn on Friday, when the nonpartisan Cook Political Report moved the race into the “toss up” category. Republican nominee Glenn Youngkin has seen a major momentum boost over former Virginia Governor Terry McAuliffe (D), who is vying for his old job back.

Big ratings change this morning at @CookPolitical: As the national environment sours for Democrats and public & private polling shows an increasingly close race, we're moving our #VAGov rating to Toss Up: ($) https://t.co/XJHLn1d9zs pic.twitter.com/HALj6NSqIy

Recent polls have also boosted Youngkin over McAuliffe in the final stretch of the race.

President Joe Biden, a long time ally of McAuliffe, is also seeing dismal approval ratings in Virginia as his favorability continues to decline. Youngkin and McAuliffe will face off in November in the first major test for the president electorally, while the administration oversees a host of crises domestically and globally.