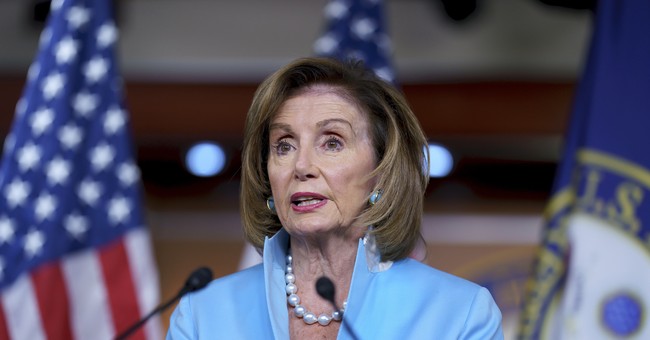 House Speaker Nancy Pelosi (D-CA) defended President Joe Biden’s botched move to withdraw U.S. forces from Afghanistan, even after a wave of backlash from Republicans and Democrats. Biden has less than one week to meet the deadline to withdraw the military and bring Americans and allies to safety.

On the August 31 withdrawal deadline that Biden agreed to uphold, despite skepticism of the administration’s ability to evacuate all Americans by that date, Pelosi said that “we obviously have made a promise and we want to honor it,” and that she trusts the president to “weigh the equities of the danger versus the advantage and I trust his judgment.”

Pelosi also offered criticism to Reps. Peter Meijer (R-MI) and Seth Moulton (D-MA), both veterans, for their secret trip to Kabul to conduct oversight of the evacuation of Americans from Afghanistan. The congressmen conducted their visit to see the scene for themselves, given the extreme lack of transparency and planning from the White House. The two lawmakers also pushed the president to extend the August 31 deadline, which Biden failed to do. Instead, the commander-in-chief let the Taliban dictate evacuations.

.@SpeakerPelosi on Reps. Seth Moulton (D-MA) and Peter Meijer (R-MI) going to Afghanistan: "This is deadly serious. I do not want members to go...It was not in my view a good idea."