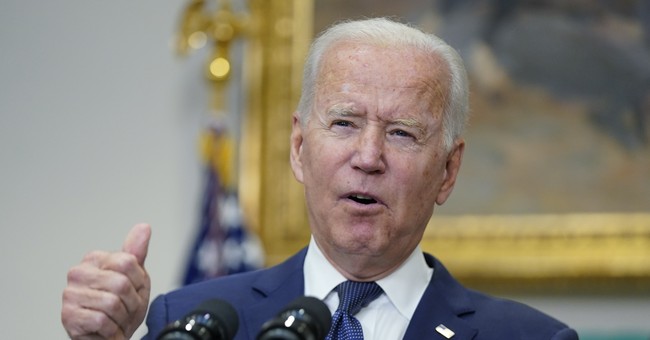 House Republicans had harsh words for the Biden administration and Democratic leadership in Congress as the crisis in Afghanistan escalates. While the Taliban takes over due to President Biden’s reckless withdrawal move, the administration appears unphased. Rep. Jim Banks (R-IN), an Afghanistan veteran, said that the president has “blood on his hands.”

“Because of the negligence of this administration, and the hasty retreat that they led out of Afghanistan, they have left $85 billion dollars worth of American equipment in the hands of our enemy, the Taliban,” Banks said at a House Republican press conference on Tuesday. “Let me be very clear. If any American is harmed, injured, or killed and not safely evacuated out of Afghanistan, or, if any of these weapons or any of this military equipment is used to harm, injure, or kill an American, the blood is on Joe Biden’s hands.”

“We are on the cusp of the biggest, mass hostage crisis this country has ever seen. This will make 1979 in Tehran look like a sleepover. We cannot abandon Americans. We never leave a fallen comrade,” Waltz said. “We’re going to leave Americans behind 11 days before the 20th anniversary of September 11? Are you kidding me? Is that what’s really happening right down the street on Pennsylvania Avenue?”

Waltz added that the president has given Americans stranded in Afghanistan a “death sentence,” and that America will face “Al Qaeda 3.0.”

Rep. Steve Scalise: "It's really disgraceful that Speaker Pelosi this week brought us back to raise taxes on Americans here at home rather than to help come up with a strategy to rescue Americans that President Biden abandoned." pic.twitter.com/0uTdkeoN5I

The president is set to deliver additional remarks on Tuesday as the August 31 deadline to evacuate military forces grows closer.