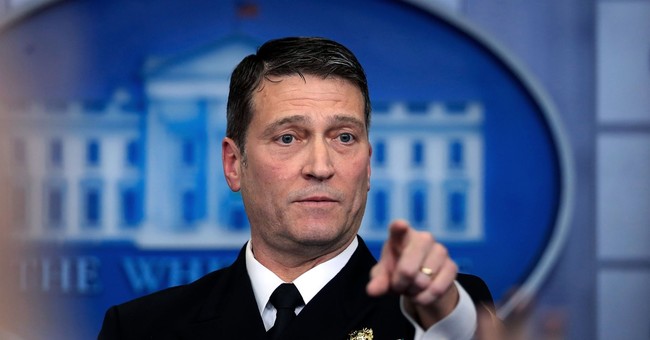 Republican Congressman Ronny Jackson (R-TX), who previously served as physician to former Presidents Donald Trump and Barack Obama, made a prediction about President Biden’s future in the oval office. Jackson said that there’s “seriously something going on” with the president, and that he will be forced to resign or the 25th amendment will be invoked.

“I was saying this when he was candidate Joe Biden, and I've been saying that it's only going to get worse, and guess what. We're watching that happen right before our eyes right now,” Jackson said of Biden’s mental fitness during an appearance on Fox News with Sean Hannity. “There's something seriously going on with this man right now, and, you know, I think that he's either going to resign, they're going to convince him to resign from office at some point in the near future for medical issues or they're going to have to use the 25th Amendment to get rid of this man right now.”

Rep. Ronny Jackson (R-TX), a former White House doctor for Trump and Obama, says he thinks that Biden is going to be forced to resign or will be forced out with the 25th Amendment. pic.twitter.com/NG9j3ZzJXP

Jackson, among other GOP lawmakers, have argued that Biden should be administered a cognitive test and that the results should be publicly available. Trump took a cognitive exam while in office but the White House has not announced plans for Biden to do so. The president's town hall with CNN last week received criticism for incoherent statements from the commander-in-chief.