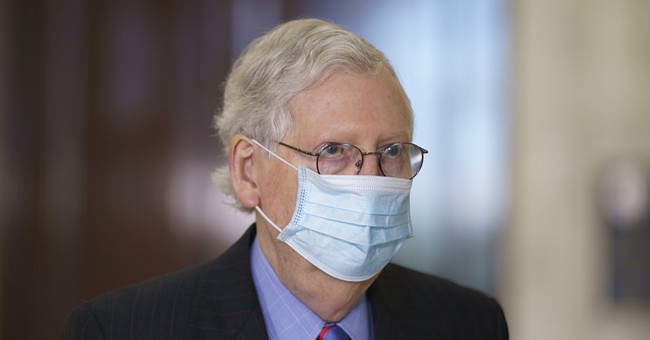 Senate Minority Leader Mitch McConnell (R-KY) had harsh words for the Texas Democrat lawmakers who fled their state in protest of a special legislative session that includes a vote on electoral reforms. The Democrat legislators boarded a private flight to Washington, D.C. to avoid doing the job they were elected to, as McConnell noted.

"This week, state legislators from Texas decided to grab some beer, hop on a private jet, and flee the state in what they are pretending is some great moral crusade."

"In reality, they’ve just come here to Washington to snap selfies, bask in the limelight, and beg Senate Democrats to take over Texas’s elections. Once again, the outrage is completely phony."

"Because Texas wants to allow 16-hour days of voting, but just not in the dead of night?"

Indeed, Texas Democrats acted as if they were engaging in a great sacrifice. They referred to themselves as “fugitives” in search of justice.

It is our duty to fight for the freedom to vote. #txlege

I keep a copy of my parent's poll tax receipt framed above my desk to remind me how sacred & fragile voting rights are for Texans. I traveled to D.C. to ask for backup for our cause. Every eligible Texan deserves the right to vote. Adelante. #txlege #VotingRights pic.twitter.com/UfOXxgVvQX

It's our sworn duty to protect the civil rights of our constituents.

If being a fugitive and being under a constant threat of arrest is the price of protecting their access to our democracy, then we're willing to pay it.

We are not afraid. https://t.co/Fyk6ZtDfI2

I'm here in DC to bring our fight for voting rights to the Congress. Our very system of representative democracy is at stake right now, not just in TX but for the whole USA. #GoodTrouble #LetThePeopleVote #txlege pic.twitter.com/wcXBO08vbf

Senator Chuck Schumer (D-NY) and Vice President Kamala Harris met with the lawmakers during their publicity stunt. Texas Governor Greg Abbott (R-TX) set the record straight and reminded the Democrat legislators that the voting legislation in question will expand access to the ballot box.

Enough with the misinformation campaign.

Texas already has two weeks of early voting, while Biden's home state of Delaware has 0.

The election integrity bills in the #txlege increase the hours of early voting to provide more access. pic.twitter.com/jsX4rdqsHv