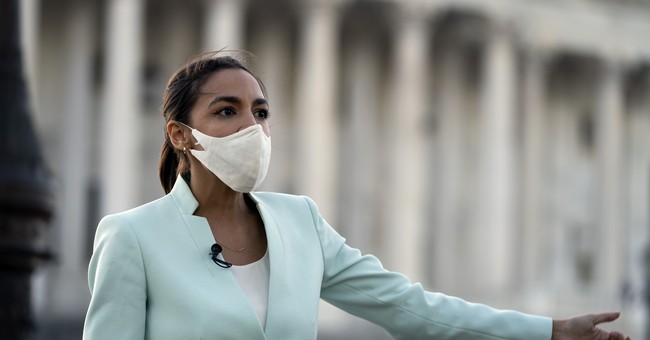 While Manchin and Senator Kyrsten Sinema (D-AZ) are the only Senate Democrats who have publicly defended the filibuster, other lawmakers including Sens. Mark Kelly (D-AZ), Maggie Hassan (D-NH), and Catherine Cortez Masto (D-NV) have “reservations” about scrapping the filibuster. All three lawmakers, among others, are up for reelection in 2022.

Though she’s without voting power on the future of the filibuster, Ocasio-Cortez said that lawmakers other than Manchin and Sinema need to give a firm answer on where they stand on eliminating the filibuster.

“It’s something of a symbiotic relationship,” she told The Daily Beast. “There are certainly more senators with reservations about the filibuster that are giving Manchin steam to stay firm. But I have also heard from colleagues that none of those other senators want to play Manchin’s role.”

She added that the lawmakers’ individual constituents deserve transparency on the future of the filibuster.

“That doesn’t mean they shouldn’t be pressed for their position and offer clarity to their constituents, though...People deserve to know with clarity where their elected representation stands on the filibuster.”

Though Democrats are hoping to eliminate the filibuster currently, in order to fast track the Biden administration agenda, Schumer’s caucus invoked the measure over 300 times in 2020 alone.