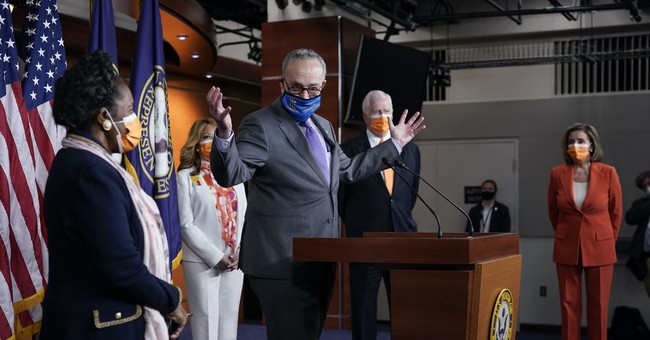 The number of Democrats supporting the elimination of the Senate’s legislative filibuster grows by the day. On Tuesday, Democratic Congressional Campaign Committee (DCCC) Chair Rep. Sean Maloney (D-NY) penned an argument urging Democrats in the upper chamber to scrap the filibuster.

“Right now, history is repeating itself. We are allowing the Senate to hold up another landmark civil rights bill; this time, it’s the For The People Act. Democrats must eliminate the filibuster, a shameful anti-democratic relic of Jim Crow, so that we can secure the right to vote and fulfill our promises to the American people. We have the power to get rid of the filibuster — all we need now is the courage,” Maloney wrote in an op-ed for The Hill. “The American people put Democrats in charge because they’re tired of Washington not working for them. We have no choice but to take bold action to tackle the problems that keep folks up at night — and that starts with eliminating the filibuster. Democrats aren’t going to win on a platform of inaction. To keep our promises to the American people, we must get out of our own way.”

Senate Majority Leader Chuck Schumer (D-NY) is having difficulty getting his party fully on board with eliminating the 60-vote threshold. Democrat Sens. Joe Manchin (D-WV) and Kyrsten Sinema (D-AZ), viewed as “swing” votes, have both maintained that they will not support getting rid of the filibuster.