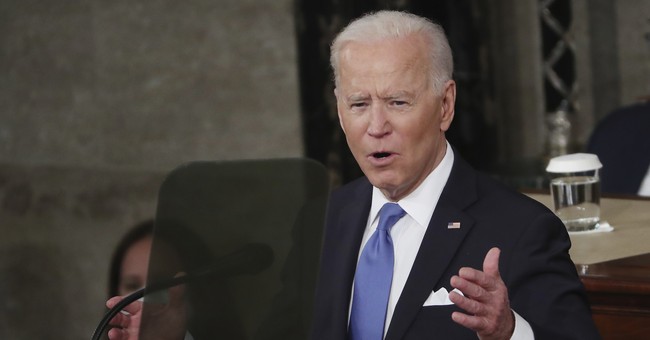 President Joe Biden proposed a host of new hefty spending bills, all with hefty price tags. The three main packages, the already-passed American Rescue Plan, the American Jobs Plan, and the American Families Plan all together total $6 trillion in taxpayer-funded spending. The American Jobs Plan is the Biden administration's proposed infrastructure package, that has minimal to do with building real infrastructure, that also includes a corporate tax hike. The American Families Plan takes aim at child care and paid family leave. Both plans include tax increases on Americans.

Independent experts estimate the American Jobs Plan will add millions of jobs and trillions of dollars in economic growth for years to come. These are good-paying jobs that can’t be outsourced.

12 years is no longer enough to compete in the 21st century. That’s why the American Families Plan guarantees four additional years of public education for every person in America — two years of universal, high-quality pre-school and two years of free community college.

The president is having difficulty selling this high spending number even to some Democrats, but he said that the packages will aid in coronavirus recovery.

The president also dismissed concerns about the stature of the spending packages, and argued that only the federal government can build real infrastructure.

“I don’t have any inordinate faith in government,” Biden said. “But there’s certain things only the government can do.”

Biden on his plan to spend more than $10 trillion: “I don’t have any inordinate faith in government” pic.twitter.com/HiztROuqJC