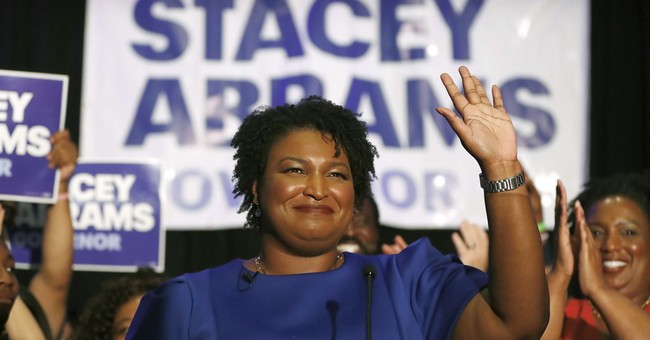 Democrat activist and failed gubernatorial candidate Stacey Abrams was slapped with “2 pinocchios” from The Washington Post’s fact-checker for her lies about the new voting reform law in Georgia.

Abrams claimed in a Senate hearing last week that the law signed by Georgia Governor Brian Kemp (R-GA), “restricts the hours of operation because it now, under the guise of setting a standardized timeline, it makes it optional for counties that may not want to see expanded access to the right to vote.”

The law codifies 9:00 AM to 5:00 PM as specific voting hours during the week, in order to ensure that polling locations are open for a full 8 hours; previously, some locations were not operating as such. The law still allows for individual counties to extend hours to operate between 7:00 AM and 7:00 PM if they so choose. Abrams’ characterization of the provision insinuates that voting hours were severely limited by the law, which is not true, as the fact-check noted.

“Abrams leaves the impression that the previous hours were 7 a.m. to 7 p.m. and avoids saying the previous law had a vague ‘normal business hours’ standard that sometimes meant even less than 9 a.m. to 5 p.m.,” the fact-check reads. “For ordinary people not attuned to the debate over the Georgia law, her language misleadingly implies that voting is restricted to 9 a.m. to 5 p.m., especially when she says the law ‘eliminates hours of voting.’”

Abrams and President Joe Biden have together received a total of “6 pinocchios” for their lies about the new voting law, as Kemp noted.

“A total of SIX Pinocchios for the Biden/Abrams misinformation campaign against our election integrity legislation,” Kemp wrote on Twitter. “Their lies cost Georgia jobs and paychecks.”

Corporations, including Major League Baseball (MLB), decided to take business out of Georgia in protest of the law, based upon false characterizations pushed by Abrams and Biden.