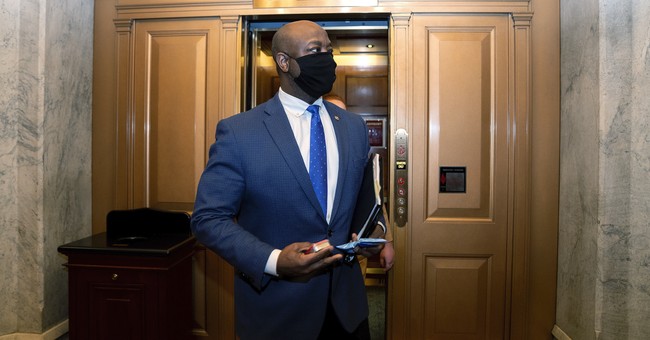 The GOP senator also reminded Biden that he campaigned for the presidency on “unity” but that his administration’s legislative actions do not reflect that message.

"Our nation is starving for more than empty platitudes...three months in, the actions of the president and his party are pulling us further and further apart." pic.twitter.com/tuYPSJIOfX

The president echoed the same tired talking point that America is a racist country, in an attempt to lobby for the Democrat-led policing legislation that would ultimately undermine law enforcement. Scott reminded the president and his colleagues on the other side of the aisle that it was the Democratic Senate caucus that filibustered Scott's common-sense, bipartisan police reform legislation just last year. Scott proposed the bill in response to the death of George Floyd, but Democrats refused to come together for a unifying cause.

Watch @SenatorTimScott call out his Democratic colleagues for filibustering his police reform bills:

"My friends across the aisle seem to want the issue more than they wanted a solution..." pic.twitter.com/OIJ22IAR9j

Hear me clearly: America is not a racist country.

In a powerful closer for the Republican response, Scott jabbed "Washington schemes" and "socialist dreams."

"Our best future won’t come from Washington schemes or socialist dreams. It will come from you.”

.@SenatorTimScott: Our best future won’t come from Washington schemes or socialist dreams. It will come from you — the American people.

We are not adversaries. We are family!