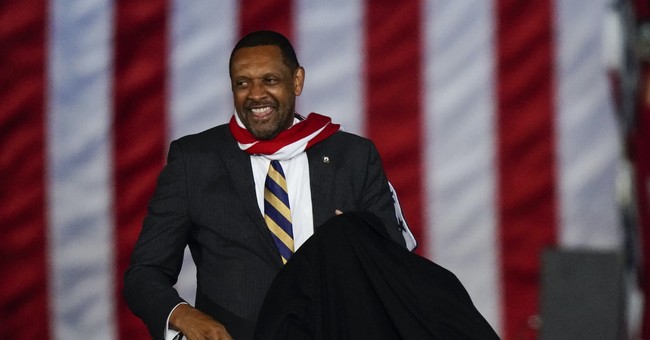 Georgia Governor Brian Kemp (R-GA) officially received a primary challenger as of Friday morning, for his 2022 reelection. Former state legislator Vernon Jones, who was once a Democrat and is now an ally of former President Donald Trump, announced his intent to challenge Kemp.

“On this historical day, I am planting my flag on the hallowed grounds of the Georgia state Capitol,” Jones said on Friday. “I am officially announcing my candidacy for governor of the great state of Georgia.”

Jones, hoping to rally Trump supporters, claimed that Kemp was “unwilling” to fight for election integrity. In reality, Kemp just signed a comprehensive voting reform bill that expands access to the ballot box while implementing regulations to ensure voter integrity. Republicans have overwhelmingly united behind Kemp's signing of common-sense voting reforms, and his refusal to bow to the woke corporate mob, but Jones chose not to.

“He is not a Republican and he is certainly not a conservative,” Kemp’s campaign manager, Bobby Saparow, told Atlanta Journal Constitution. “Assuming he actually stays in the race, we look forward to contrasting Governor Kemp’s successful conservative record with Vernon Jones’ liberal, corrupt tenure in public life.”

The governor's campaign emphasized that Jones is a "lifelong Democrat," pointing to his support for gun control and abortion.

Response from @BrianKempGA’s campaign manager: “Vernon Jones is a lifelong Democrat, voted for Barack Obama, supported gun control, and voted against Georgia's heartbeat bill. He is not a Republican, and he certainly is not a conservative.” #gapol

In addition to a liberal voting record, Jones also faced a rape allegation and claims of corruption during his tenure in local office.