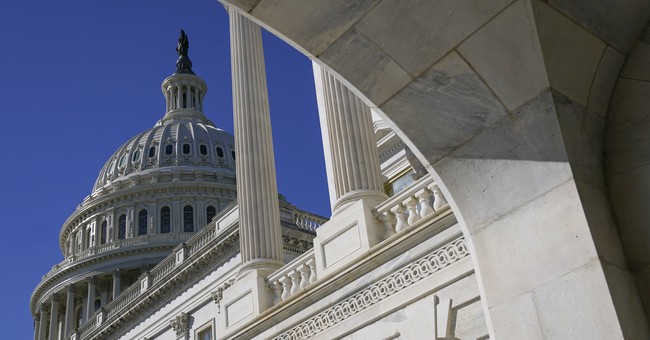 The late Capitol Police Officer William “Billy” Evans, who was killed during an incident at the Capitol last week, laid in honor on Tuesday morning. Evans died after he and another officer were hit by a vehicle on the Senate side of the building; Noah Green, who was driving the unauthorized vehicle, was fatally shot by law enforcement after stepping out of his vehicle with a knife.

Evans arrived to lie in the Capitol Rotunda on Tuesday morning.

Lawmakers in both parties, along with President Biden, paid tribute to Evans’ sacrifice and service.

Officer Billy Evans died defending this Capitol, its institutions, and the thousands of people who work here. Today the Senate and the entire country are holding Officer Evans and his family in our thoughts and prayers. His sacrifice will not be forgotten.

On April 2, a senseless attack on the Capitol claimed the life of Officer William “Billy” Evans.

Officer Evans will lie in honor under the Capitol rotunda, at the very center of the democracy he gave his life to protect.

A service in his memory will take place tomorrow morning.

Today, we honor a martyr for our democracy, Officer William F. Evans, who will lie in honor in the Capitol Rotunda. May this tribute be a source of comfort & an expression of gratitude to the Capitol Police Force, which has awed our nation with their resilience during this time.

With heavy hearts and in recognition of his courage and sacrifice, a grateful nation bids farewell to Officer Billy Evans, a true hero. His loss is enormous—our prayers are with his two children, his families, and his colleagues in Capitol Police.

The fallen officer leaves behind his wife and two children. He is the second Capitol Police Officer to be killed in the line of duty this year.

Recommended
Leftists Are About to Kill Millions of People Right Before Our Eyes
Kurt Schlichter
Share this on Facebook
Tweet
The Near Mass Shooting Most of the Media Won't Tell You About
Katie Pavlich
Did Police Avoid Entering Texas School Because They Might Get Shot?
Matt Vespa
Don't Expect Baby Formula Shortage to End Anytime Soon
Sarah Arnold
Barbie Unveils New Doll Modeled After Biological Male Transgender Actress
Madeline Leesman
Maybe the San Francisco School District Hasn't Learned Its Lesson After All When It Comes To Priorities
Rebecca Downs