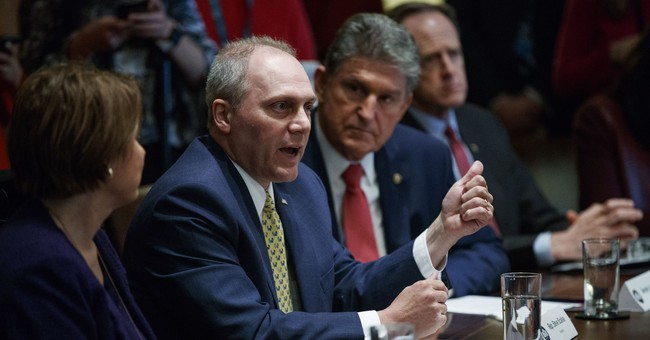 A group of House Republicans are hoping to introduce the Born-Alive Abortion Survivors Protection Act, which mandates that medical care be given to infants who survive botched abortions. Reps. Ann Wagner (R-MO), Kat Cammack (R-FL), and House GOP Whip Steve Scalise (R-LA) are set to file a discharge petition for the legislation on Wednesday.

I'm proud to announce that I will file the discharge petition for H.R. 619, @RepAnnWagner's Born-Alive Abortion Survivors Protection Act. I'm honored to stand alongside Rep. Wagner & @SteveScalise in standing for life in the House.

In addition to mandating that care be given to the infants in the event they survive an attempted abortion, the legislation also creates penalties for providers who fail to do so, or who purposely kill a newborn child.

House Speaker Nancy Pelosi (D-CA) blocked the legislation from advancing in the lower chamber during the 116th Congress, and Scalise argues that the legislation deserves a vote on the House floor.

"Last Congress, Speaker Pelosi directed her radical caucus to block the Born-Alive Abortion Survivors Protection Act more than 75 times. Representative Wagner’s legislation states that a baby who survives an abortion deserves the same degree of medical care as any other newborn," Scalise said in a release. "I am proud to partner with Representatives Wagner, Cammack, and the entire Republican Conference to make it clear that all life is sacred and must be protected. Why are House Democrats refusing to allow a vote on this commonsense legislation that will save lives? The Born-Alive Act deserves a vote on the House Floor. The American people deserve to know where their representatives stand on taking steps to end infanticide."

Senate Republicans have also tried to advance the same legislation, but have been unable to attain 60 votes.