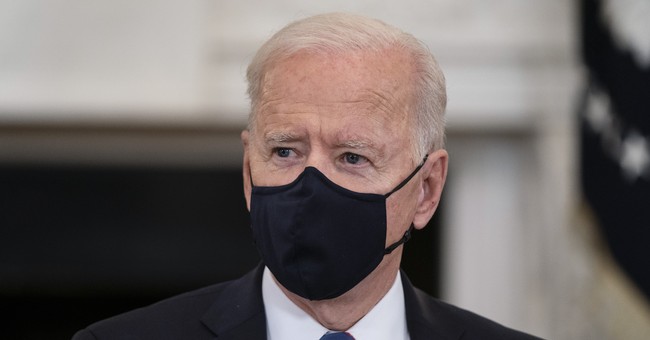 In his first press conference since entering the Oval Office, President Biden avoided giving a firm answer on his support for or opposition to the Senate’s legislative filibuster. Senate Democrats hope to eliminate the measure, a 60-vote threshold for major legislation, in order to easily pass the president’s legislative agenda.

Biden, who was once a fierce supporter of the filibuster, would not give a straight answer on the future of the filibuster. The president said that he supports “filibuster reform” but did not specify whether the 60-vote threshold should remain intact.

“Our preoccupation with the filibuster is totally legitimate, but in the meantime we got a lot we can do while we’re talking about what we’re going to do about the filibuster,” Biden says https://t.co/HnGhfLJGhf pic.twitter.com/aPx0IbNQwx

"I believe we should go back to the position of the filibuster that existed when I came to the U.S. Senate 120 years ago" pic.twitter.com/i8BPmpwvui

Biden refuses to say whether he thinks a legislative filibuster should be defeated with 51 votes or 60 votes. Instead says he's not an expert in parliamentary rules

The president also agreed with former President Obama that the filibuster is a "relic of the Jim Crow era."

CNN's @kaitlancollins: "President Barack Obama said he believed the filibuster was a relic of the Jim Crow era. Do you agree?

Collins: "If not, why not abolish it if it's a relic of the Jim Crow era?"

Biden added that the filibuster has been “abused” in the last year, when his own party was in the minority and utilized the filibuster to torpedo Republican legislation.

"I have never been particularly poor at calculating how to get things done in the United States Senate" https://t.co/En0Jq7Xzd0 pic.twitter.com/KoKdLQroKv

Compares when he first got to the Senate 50+ years ago, to the number of Democrat filibusters last year and says it's clearly being abused.

President Biden’s argument for a Democrat majority to break Senate rules is that... a Democrat minority abused them last year? pic.twitter.com/vpAvPgw5h2

Previously, during his tenure in the Senate, Biden fiercely supported keeping the filibuster intact to support "compromise and moderation."

"At its core, the filibuster is not about stopping a nominee or a bill—it's about compromise and moderation.”