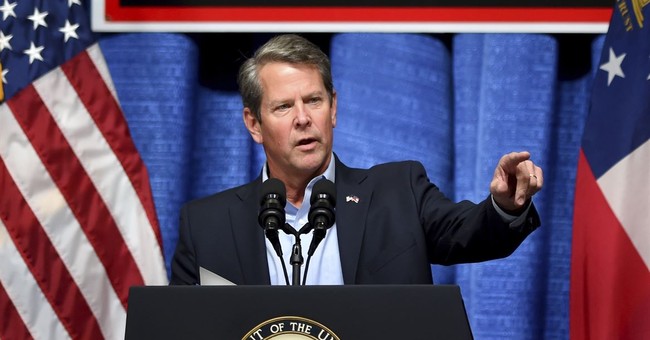 Republican governors are taking issue with the Democrat-led proposal for an additional COVID relief package, that was recently passed by the House of Representatives and is being negotiated in the Senate.

Republican lawmakers argue that the Democrats’ bill, which is filled with unnecessary spending unrelated to coronavirus relief, disproportionately benefits blue states that implemented strict lockdown measures and therefore have seen a higher unemployment rate. Red states that have liberated taxpayers and opened up economies would not see the same benefits from the legislation favored by Democrats.

“We’ve been winning down here from an economic standpoint,” Georgia Governor Brian Kemp (R-GA) argued on Wednesday morning. “Now, we’re being made out to be a loser in the stimulus bill. States like California, New York, Illinois and others that haven't taken that measured approach to reopen their economy, and have been losing economically, is now a winner.”

"It's not equitable in regards to the states," says @GovKemp. "All we are asking for is to be treated the same just like the previous stimulus packages." pic.twitter.com/uq0Zo12dil

"It's just inherently unfair," says @GovChrisSununu on President Biden's stimulus plan. "It says states that were, frankly, the worst managed are going to be rewarded the most." pic.twitter.com/hD6o1rep4W

The stimulus package boasts a nearly $2 trillion price tag that is not targeted directly at delivering relief to Americans in need. Senate Republicans and Democrats are currently negotiating the package, while GOP lawmakers remain firmly against unnecessary spending that is unrelated to pandemic relief.