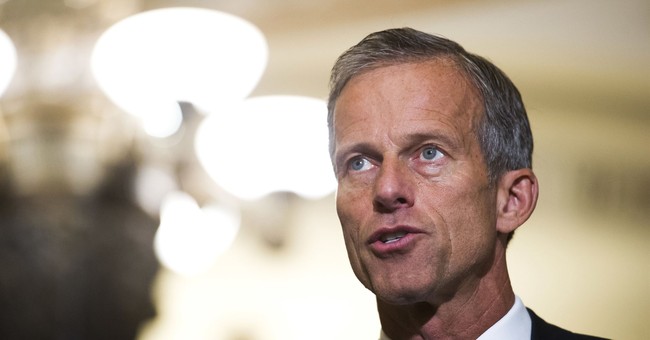 South Dakota GOP Senator John Thune, also the number-two Republican in the upper chamber, spoke out about impeachment after former President Trump was acquitted by the Senate. Thune joined the majority of Republicans in voting to acquit, rather than convict, the former president.

Still, the high-ranking Senate Republican takes issue with “cancel culture” surrounding impeachment, as lawmakers in both chambers who voted to convict Trump face backlash and political retribution for their votes. GOP Leadership in both the House and Senate identified impeachment as a “vote of conscience.”

Thune told the Associated Press that invoking “cancel culture” on fellow Republicans over a vote, while criticizing the Left and mainstream media over an obsession with “cancel culture,”  is hypocritical.

“There was a strong case made,” Thune said of House Democratic impeachment managers’ arguments, adding that “people could come to different conclusions. If we’re going to criticize the media and the left for cancel culture, we can’t be doing that ourselves.”

House and Senate Democrats failed to obtain 67 votes to impeach the former president, but GOP Sens. Richard Burr (NC), Ben Sasse (NE), Susan Collins (ME), Pat Toomey (PA), Lisa Murkowski (AK), Mitt Romney (UT), and Bill Cassidy (LA) ultimately voted to convict Trump of “incitement of insurrection.” While Senate Minority Leader Mitch McConnell (R-KY) voted to acquit the former president for constitutional reasons, he faulted Trump with much of the blame for the horrific events that occurred at the Capitol on January 6.