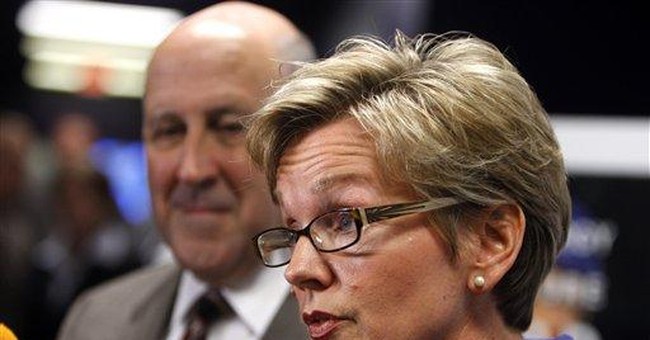 In her initial confirmation hearing to serve as President Biden’s Energy Secretary, former Michigan Governor Jennifer Granholm. If confirmed, Granholm will be tasked with implementing the president’s ideal clean energy policy, with the goal of reaching zero-emissions by 2050. Wyoming Senator John Barrasso pressed Granholm on the potential for job elimination at the hands of such policies, which is already evident in Biden’s action to undermine the Keystone XL Pipeline.

Barrasso reminded Granholm of her own record as Michigan governor, during which she directed taxpayer dollars to green energy companies. Her move ultimately wasted upwards of $400 million in taxpayer funds and trampled on job creation, Barrasso said during her hearing.

Granholm contended that she hoped to see no job loss, but the policies she will champion if confirmed do not square with that promise. Louisiana GOP Senator Bill Cassidy also grilled Granholm on the inevitable job loss that will occur as a result of cancelling the construction of the Keystone XL Pipeline, which Biden revoked the permit for during his first days in office.

.@BillCassidy nailing why canceling Keystone XL is so harmful:

"If you've lost a job that is putting food on your table now, it's cold comfort to know that years from now perhaps in a different state with a different training within which you have there will be another job." pic.twitter.com/WbgdoRD18e