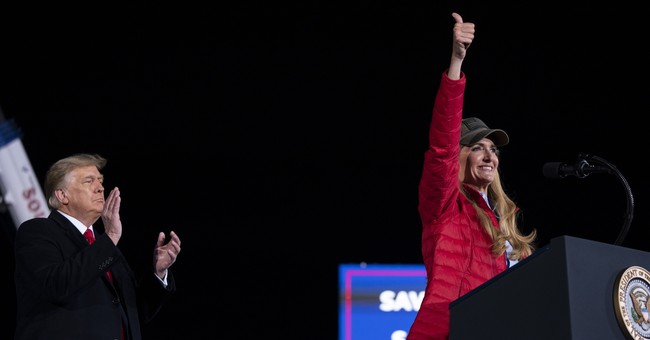 Raphael Warnock to ABC: "Certainly this is a historic moment and I'm just deeply grateful to be a vessel in a moment in which we're facing such large problems in our country, and I can't wait to get to the U.S. Senate to represent the concerns of ordinary people."

Joy comes in the morning. Thank you, Georgia. pic.twitter.com/Dw8wPWAMeI

Congratulations to our next U.S. Senator, @ReverendWarnock. Last January, I endorsed my dear friend in his quest to serve. Soon, he will walk those august halls & cast votes as a leader with courage, justice and integrity.

God bless you and keep you in your service to us all. pic.twitter.com/lzdDxRA5zv

Loeffler has not yet conceded, and told a crowd of supporters in Atlanta late on Tuesday night that her campaign is still in the fight with a path to victory. Senate Minority Leader Chuck Schumer (D-NY), however, is declaring victory for his caucus in the upper chamber. If Democrats' victories in Georgia hold, Republicans will lose control of the Senate.

Schumer: Senators-elect Raphael Warnock and Jon Ossoff ran first-rate campaigns and will be outstanding Senators for Georgia. When Raphael Warnock was born, both of Georgia's Senators were segregationists.