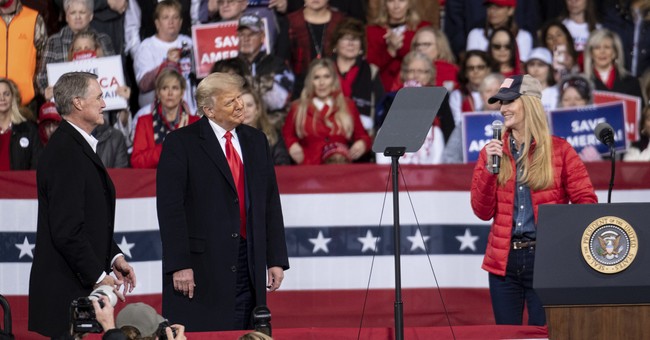 With just 5 days until the high-stakes runoff elections in Georgia, the National Republican Senatorial Committee (NRSC) released a strong closing argument in favor of sending GOP Senators Kelly Loeffler and David Perdue back to Washington. The committee highlights the predictions made by pollsters and pundits insisting that Democrats would take back the majority in the Senate on election day, which were ultimately not accurate.

“They said it couldn’t be done,” the narrator says of Republicans holding a majority. “They doubted us every step of the way...November 3rd was just the start.”

The GOP’s official Senate arm emphasizes all that is at stake in the January 5 elections, as the party hopes to defend both Loeffler and Perdue and keep Mitch McConnell as majority leader. Senate Minority Leader Chuck Schumer promised that his caucus would “change America” if victorious in Georgia, and a Democratic majority in the Senate would give President-elect Joe Biden an avenue to pass radical legislative measures. The committee deems Raphael Warnock and Jon Ossoff, who are running to unseat Loeffler and Perdue, "two of the most radical Democrats."

“Georgia is a battle for the soul of America. Between two political outsiders and two of the most radical Democrats you’ll ever see,” the narrator continues. “An angry mob is at the gate. But Republicans have the watch, and we’ve come too far to turn back now.”

Watch the full video about the stakes in Georgia below: