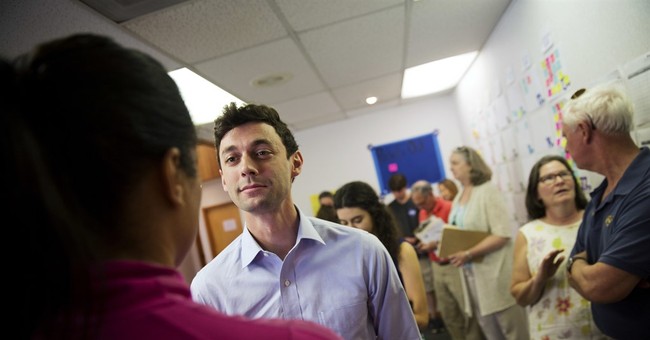 Georgia Senate runoff candidate Jon Ossoff, fighting to unseat GOP Sen. David Perdue in one of two overtime elections in Georgia, indicated on Sunday that he would support a second nationwide lockdown to fight coronavirus.

“If the CDC and its leadership gave us strong indication that those kinds of stronger mitigation measures are necessary to save lives and contain the spread of the virus, it would be malpractice for politicians to ignore that advice,” Ossoff said during an appearance on CNN.

This morning, @Ossoff repeatedly said he'd support a national shutdown. Make no mistake, he would lock our country down until the American people become completely dependent on the government, because a national lockdown is a key component of the Dems’ radical socialist agenda.

While Ossoff gave vague support for another far-reaching lockdown, he released an ad touting the importance of supporting small businesses, the sector affected most by nationwide lockdowns. In addition to supporting harmful lockdowns, Ossoff previously voiced opposition to the Coronavirus, Aid, Relief, and Economic Security (CARES) Act and the Paycheck Protection Program (PPP). The two stimulus programs served as lifelines to American families and small businesses. He wrongfully claimed that the programs “benefited the highest earners” when the programs overwhelmingly served the middle class while saving millions of American jobs.

Ossoff’s fluid stance on COVID and the small business sector makes it clear that he will say anything that is politically expedient, as the Georgia Republican Party noted:

“Jon Ossoff is just another failed perennial candidate who will do or say whatever he thinks is politically expedient at the time,” said Georgia GOP spokeswoman Abigail Sigler. “Jon Ossoff is making it clear he will do anything to hide the truth: he won’t fight for Georgia small businesses. He's never created a single American job, and the only thing you can trust him to do is put politics over people every chance he gets. Georgians will reject his false attacks and send David Perdue - the original outsider - back to fight for them.”

While Ossoff criticized life-saving economic legislation, both Sens. Perdue and Loeffler were working to pass the stimulus programs in the Senate.