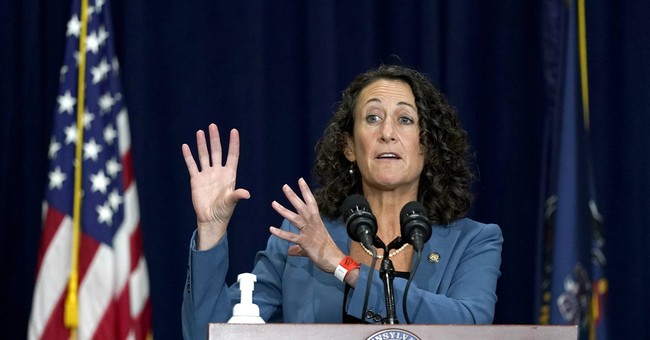 As the Trump campaign contests election results in multiple swing states, Pennsylvania’s Secretary of State, Kathy Boockvar, said that there will be no recount in the Commonwealth. Provisional, overseas and military ballots continue to be counted, and Pennsylvania law mandates that counties individually adjudicate each ballot to ensure that set standards are met.

“Based on the unofficial returns submitted by all the counties to the Department of State, Secretary Boockvar has determined that she will not be ordering a recount and recanvass of the election returns in the counties, as no statewide candidate was defeated by one-half of one percent or less of the votes cast.  This includes the following races: President of the United States, Attorney General, Auditor General, and State Treasurer,” Boockvar’s office said in a statement released on Friday.

Pennsylvania was called for President-Elect Joe Biden on Saturday, but President Trump’s campaign continues to fight the Commonwealth’s discrepancy regarding mail-in ballots. The Pennsylvania Supreme Court originally ruled that mail-in ballots received after election day, before Friday November 6, could be counted. The Trump campaign seeks to challenge this egregious ruling, but Sec. Boockvar's office said that the ballots in question would not impact the results:

“Approximately 10,000 mail ballots that were cast on or before Nov. 3 were received by counties between 8 p.m. November 3 and 5 p.m. Nov. 6. The Pennsylvania Supreme Court ruled in September that counties should count mail ballots received through 5 p.m. Friday, Nov. 6, if they are postmarked by 8 p.m. Election Day. The court also ruled that counties should count those ballots if there is an illegible or missing postmark, unless there is sufficient evidence to demonstrate that the ballot was mailed after Election Day deadline. These ballots are not of a sufficient number to impact the no-recount determination of any of the statewide races.”

The Trump campaign continues the fight to ensure every legal vote is counted fairly, but President-Elect Biden’s national lead continues to widen.