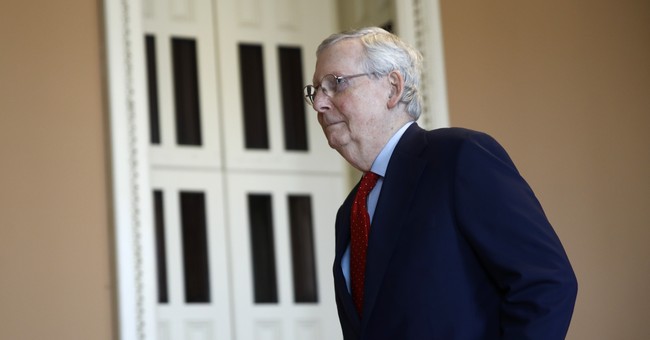 In his closing argument ahead of Tuesday’s general election, and his own bid to be reelected to the U.S. Senate, Leader McConnell made a personal pitch to voters on coronavirus.

The GOP leader recalls his early childhood battle with Polio, and drew a parallel between his battle with the disease and his years of results-driven governance in the Senate.

“Doctors feared I'd lose my ability to walk. But my beloved mother, against all odds, stared down this enemy. And with persistence and tenacity, she defeated it.” Leader McConnell says in his new ad. “My first step forward was her greatest victory as she purchased my first pair of shoes – so that one day, I could walk the steps of the Senate to fight for you with the same persistence and tenacity she taught me. Today, we are conquering COVID together with Kentucky toughness and compassion. We will defeat this virus and get America back on its feet. And Kentucky will lead the way.”

Leader McConnell's own reelection is nearly certain, as Democrat challenger Amy McGrath continues to implode. The GOP leader appears to be hesitant about his party's chances of holding the majority in the upper chamber, predicting that Republicans have a “50/50” shot of  retaining power.

“It's a 50-50 proposition. We have a lot of exposure. This is a huge Republican class," Leader McConnell,  said on Wednesday during a campaign event in Kentucky. "There are dogfights all over the country."

Much to the Senate GOP’s favor, the caucus is fresh off of a Supreme Court confirmation that voters overwhelmingly favored.