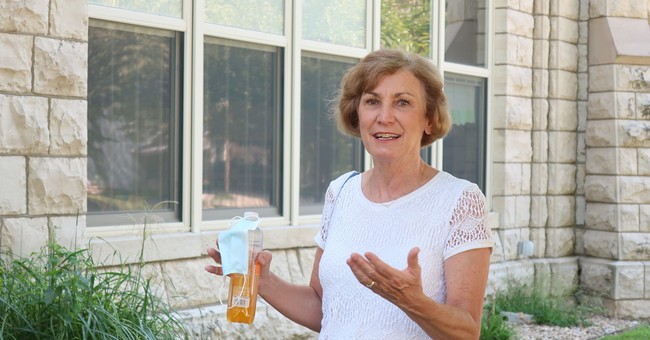 Kansas Democrat and Senate candidate Barbara Bollier gave perhaps one of the most cringeworthy answers of the election cycle thus far, during a virtual event with voters on September 28. Bollier was asked a straightforward question about the PATRIOT Act, which was signed into law by former President George W. Bush in 2001 as a response to the terrorist attacks that occurred on September 11, 2001.

The PATRIOT Act, formally known as the Uniting and Strengthening America by Providing Appropriate Tools Required to Intercept and Obstruct Terrorism Act, earned bipartisan support in hopes of empowering intelligence and law enforcement agencies to mitigate terrorist attacks on American soil via increased surveillance. The legislation was intended to bolster penalties for terrorists or their accomplices.

Bollier originally admits that she is unfamiliar with the PATRIOT Act, but then likened the legislation to the executive branch’s “authority to impose tariffs unilaterally.”

Looking for one of the most puzzling answers of the cycle? Here is U.S. Senate candidate in Kansas Barbara Bollier possibly not knowing what the Patriot Act is or what it does. pic.twitter.com/erAjHDeLsV

“I haven’t read it yet, Joanne”

The Patriot Act was signed into law in 2001, when were you planning on getting around to it @BarbaraBollier https://t.co/dWfMF67r1U

The PATRIOT Act did give the executive branch increased surveillance authority, by expanding the government’s definition of terrorism, but has nothing to do with tariffs.

Bollier is running against two-term GOP Congressman Dr. Roger Marshall, in November's Senate contest that is rated "likely GOP," to fill the seat that will be vacated by Sen. Pat Roberts, who announced that he will not seek another term.