Sen. Todd Young: Democrats Will Make Judge Barrett's Hearings About 'Anything But' Her Qualifications 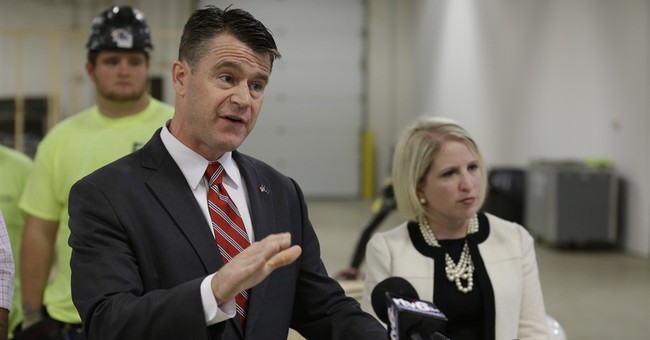 Senator Todd Young (R-IN) spoke the truth about Democrats’ current war on the nomination of Judge Amy Coney Barrett, during the Senate Republicans’ press conference on Wednesday. He pointed out that Democrats who are opposed to Judge Barrett’s eventual ascension to the Supreme Court base their opposition on anything except her exemplary qualifications.

“The Democrats aren’t going to make this about her qualifications, though. We all need to prepare for that. They want to make this about anything but Amy Coney Barrett’s qualifications to serve on the highest court in the land. Instead, they’re going to try and scare Americans,” Sen. Young said. “That somehow Amy Coney Barrett wants to take away their healthcare and jeopardize people with preexisting conditions. This is a mother of seven children, one of whom has special needs. Of course Amy Coney Barrett cares about healthcare. They’re going to try to make this about her faith, as they did in her 7th circuit nomination battle..If she takes her Catholicism too seriously for some of my colleagues, that’s their problem. They need to remember that there is no religious test for a high office in this country.”

Sen. Young added that the Democrats are pushing revisionist history by claiming that Judge Barrett’s nomination is “illegitimate.”

“They’re once again going to go down that fictitious road to try and indicate that this process is somehow illegitimate, even though it's firmly grounded in historical precedent, when you have a president and the United States Senate both of the same party. When a nominee has been made for the highest court in the land in the course of an election year.”

Sen. Young is correct. Democrats have offered minimal criticisms about Judge Barrett’s glowing resume and qualifications to sit on the highest court of the land. Rather than evaluate her judicial philosophy on the merits, Democrats choose to use fear mongering rhetoric, claiming that her nomination is ‘illegitimate’ and despicably attack her faith, family and lifestyle.