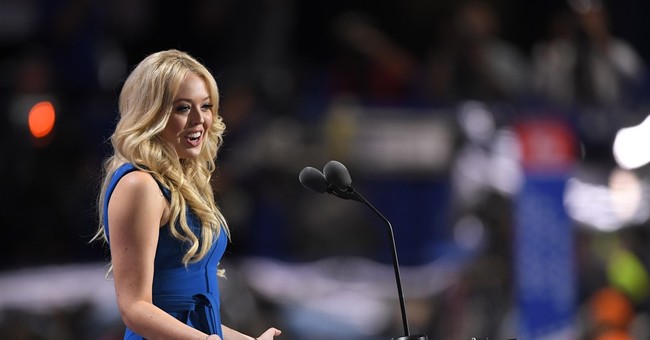 Tiffany Trump, daughter of President Trump, spoke during the second night of the Republican National Convention (RNC), and made the case for the policies implemented by her father that ignited the American economy:

Tiffany Trump at the #RNC2020: "As a recent graduate, I can relate to so many of you who might be looking for a job. My father built a thriving economy once, and believe me, he will do it again." https://t.co/JmcvCPLEOV pic.twitter.com/JwtA1sjB8a

She urged viewers to “transcend political boundaries” at the ballot box in November,

“This election I urge each and every one of you to transcend political boundaries. This is a fight for freedom versus oppression, for opportunity versus stagnation, a fight to keep America true to America,” Trump said. “I urge you to make your judgement based on results and not rhetoric.”

Trump pointed to the administration’s fight for of diversity thought and individual freedom for Americans:

Follow the rest of the second night of the RNC here.