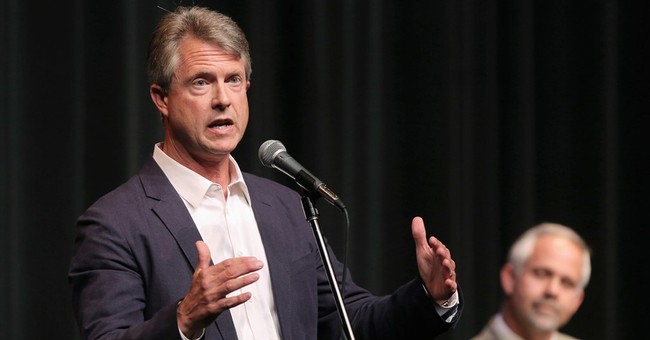 Dr. Roger Marshall defeated former Kansas Secretary of State Kris Kobach in the high-profile GOP Senate primary in Kansas. Kobach lost his bid for governor in 2018 to Democrat Laura Kelly by 5 points and entered the Senate race in the summer of 2019. Dr. Marshall, a sitting two-term Congressman, was seen as the safer choice to take on Democrat Barbara Bollier by most establishment Republicans.

And it's official. GOP avoids their nightmare scenario in Kansas as Roger Marshall (rather comfortably) defeats Kobach for the nomination https://t.co/QDKaZfI5ZR

Kobach received only 43 percent of the vote in the 2018 race for governor. Democrats hoped to push him over the edge in Tuesday's primary as they seek to take back the Senate. A Super PAC with reported ties to Democrats spent nearly $5 million in attack ads against Dr. Marshall in attempt to boost Kobach's candidacy. President Trump did not publicly weigh in on the race, but Rep. Marshall received the support of GOP Sen. Pat Roberts, whose retirement leaves the seat at play.

The National Republican Senatorial Committee's (NRSC) Chairman, Sen. Todd Young (R-IN), said Marshall is a "principled conservative" and that Republicans in Kansas rejected efforts by Democrats to buy the seat:

"Kansas Republicans knew what was at stake in this primary, and tonight's results prove voters will reject any Democrat efforts to buy this seat. I'm more confident than ever Kansas will remain part of the Republican Senate Majority," Sen. Young said in a release. "Roger Marshall is a principled conservative who has, and will, deliver for Kansas families, and I look forward to him defeating Chuck Schumer's hand-picked candidate, Barbara Bollier, this November."

Congratulations to @RogerMarshallMD for winning the Republican Senate nomination in Kansas! He will fight for Kansas values in the US Senate. #KSSen pic.twitter.com/Trht12tsNe

The Cook Political Report rates the race as “lean Republican.”