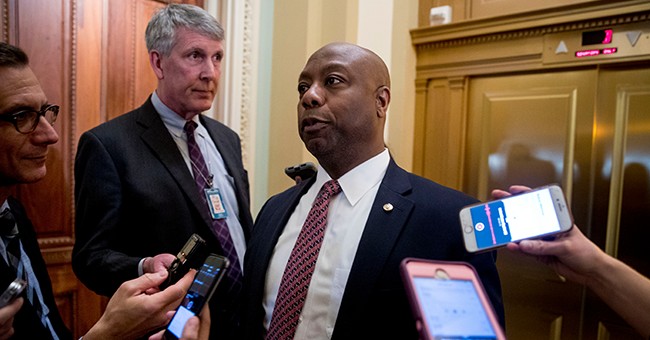 The GOP Senate majority is set to vote on police reform legislation introduced by Sen. Tim Scott (R-SC), also known as the JUSTICE Act. Senate Democrats signaled that they will block the legislation, claiming that the bill is “half-assed” and does not reach far enough. The JUSTICE Act will ban the use of chokeholds, improve hiring practices and regulate “no-knock” warrants, among other things, but does not include an explicit provision to end qualified immunity.

Senate Minority Leader Chuck Schumer (D-NY) originally demanded that Leader McConnell bring a bill to the Senate floor before the Fourth of July, and though Republicans have done just that, Democrats will not come to the table to work out a bipartisan piece of legislation. Sen. Scott accused Democrats of moving the goalposts:

"It seems like they're more interested in campaigns than they are in the vulnerable communities they say they serve." pic.twitter.com/lMYzHEWN6h

Sen. Scott made clear that demanding accountability for police officers, while not demonizing law enforcement as a whole, is the goal:

Sen. Tim Scott: "We don't either have to be either for law enforcement or for communities of color... You can actually be for both, and the first step in that direction is reform." pic.twitter.com/zuNQCdTBN0

Sen. Scott's monumental JUSTICE Act is the first major piece of police-reform legislation to be considered by the Senate in over two decades. In need of 60 votes to pass through the upper chamber, the Senate is slated to vote on the JUSTICE Act on Wednesday.