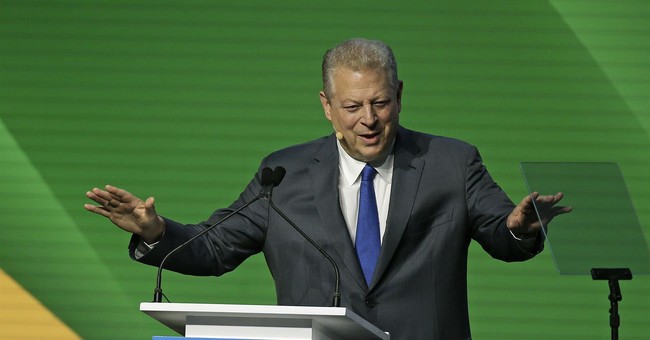 I am proud to endorse my friend Joe Biden for President, and I'm looking forward to our virtual #EarthDay50 event at 2:30pm ET today. WATCH HERE: https://t.co/dzFziVVgWc

.?@algore? endorses ?@JoeBiden?, says Biden’s election is “absolutely critical” to addressing climate change. “This is a no-brainer. This is a real simple choice,” Gore says. pic.twitter.com/YQLbm0PTq6

A high-profile climate activist, Vice President Gore founded The Climate Reality Project and works exclusively on environmental issues. During his virtual endorsement of a fellow former vice president, Gore suggested that if elected, Biden should ban gasoline-powered vehicles. This radical proposal is a provision present in the Green New Deal. Despite his continued promise to hold moderate policy stances, Biden agreed with Gore:

Democrats are coming for your car pic.twitter.com/ayN28VPbt6

"Just shut 'em down and replace them with wind and solar. EVs are already growing in popularity, and the business statistics show that within two years, they are going to be significantly cheaper than internal combustion engines," VP Gore said of gasoline-powered vehicles.

Biden did not disagree:

Biden had taken what appeared to be nuanced stances on climate during the Democratic primary, especially when compared to the proposals of Sens. Bernie Sanders (D-VT) and Elizabeth Warren (D-MA), who seek to overhaul the entire energy sector via the Green New Deal. Whether or not such a radical policy will make Biden’s eventual platform remains to be seen, but with climate radicals Sen. Bernie Sanders (D-VT) and former VP Gore involved, Biden’s shift to the left is becoming apparent. Climate issues are high priority for progressive voters, a young voting block that is not thrilled, to say the least, that Biden emerged from the Democratic primary victorious over Sens. Sanders and Warren. The former vice president, and soon-to-be presidential nominee, will have to court and appease these voters, many of whom liken Biden to Republicans when it comes to policy.