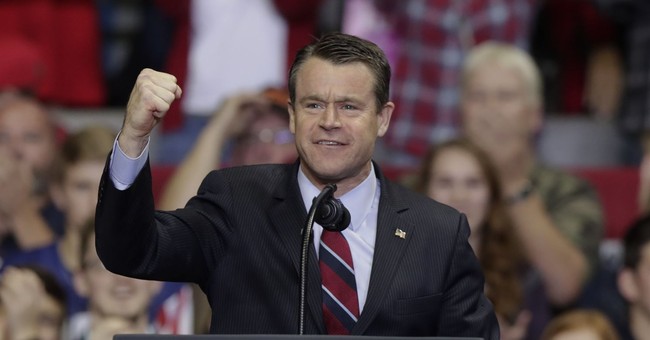 The National Republican Senatorial Committee (NRSC) had another record-breaking fundraising month in January, beating out its Democratic equivalent once again. The GOP’s official Senate arm raised a whopping 10 million in January alone, totaling 25 million cash-on-hand. The NRSC’s Democratic counterparts at the Democratic Senatorial Campaign Committee raised 8.5 million in the same time period, and are left with 19.8 million cash-on-hand. The NRSC's massive January fundraising haul is larger than that of the committee's entire fundraising from January to May of 2018.

The NRSC is led by Sen. Todd Young (R-IN), with Leader McConnell overseeing the GOP's official arm of the Senate. The group also has the advantage of President Trump's booming economy, which Americans are overwhelmingly satisfied with.

The biggest difference between the finances of the committees competing for the Senate majority is debt; the NRSC has zero owed debt, while the DSCC owes a whopping 4.8 million. Although the GOP has more Senate seats to defend, mainly Arizona, Colorado, North Carolina, Iowa and Maine, the Republican Senate arm's finances and messaging are in much better shape than that of its Democratic counterpart. The NRSC's massive fundraising haul in January not only gives the GOP affiliate a boost to start 2020, but also shows that the Senate GOP's message during the impeachment trial for President Trump resonates.