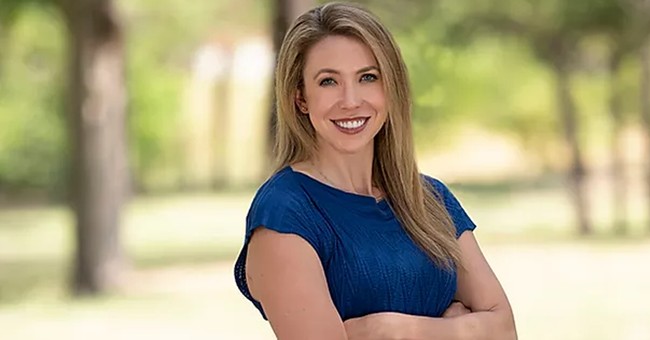 2020 is set be a tooth-and-nail fight for control of the lower chamber of Congress, especially given that the GOP majority in the Senate is less vulnerable. Republicans seek to flip vulnerable House seats that may have been blue in 2018, which was a huge year for Democratic enthusiasm. A seat in that category is Texas’s 32nd Congressional District, which is currently occupied by Rep. Colin Allred (D-TX 32). Allred flipped the seat from red to blue in 2018, unseating former Rep. Pete Sessions. In 2018, Real Clear Politics rated the district as a toss-up, and Allred ultimately won by 6 points; the district voted for Romney by 15 points in 2012, and for Clinton by 1.9 in 2016. Launching a challenge against Allred, among other Republicans, is Dallas Businesswoman Genevieve Collins.

Collins, 33, is a business executive at Istation, an education technology company. A lifelong Texan and conservative, Collins is a phenomenal choice to represent the GOP and take the seat back. A self-proclaimed 4th generation Dallasite, Collins knows the 32nd district and the values important to its voters; in order to flip toss-up seats such as this one, challengers are going to need to embrace President Trump and the GOP base, while also localizing issues important to the respective district.

Collins is exactly what the GOP needs more of: a young, smart conservative woman. It is no secret that the GOP gets a bad reputation for lack of diversity, especially lack of female representation. Collins will do a huge service to the party by breaking stereotypes pushed by the mainstream Left.

The businesswoman is also endorsed by Elise Stefanik and E-PAC, a cause exclusively devoted to elevating GOP women to Congressional seats, including in tough primary fights. Collins was also included in the first round of 2019 endorsements for the NRCC’s Young Guns program.

??Kendra Horn is in big trouble and she will face one of two strong GOP Women: @stephaniebice or @NeeseForOK5
??@gcollins624 posted big first time candidate fundraising numbers in TX
??@MaElviraSalazar is an incredibly strong GOP candidate in a tough swing district.

Collins still must overcome a primary battle, with the ultimate number of challengers unclear at this point, but she gives the GOP a unique chance to take back a flippable seat, while also acting as a fresh face for the party.