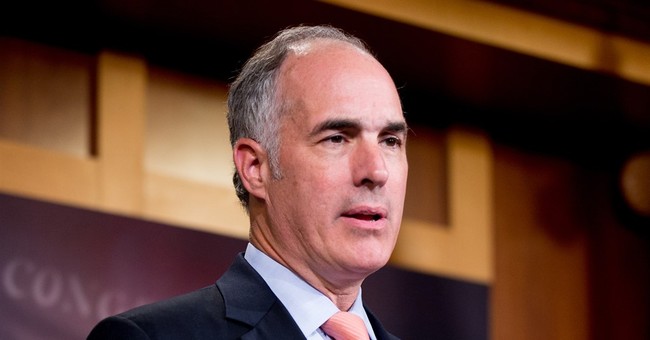 Local Democrats in State College welcomed Senator Bob Casey Jr. back to Penn State’s campus on Wednesday, along with local Democratic candidates. Casey, a well-known lawmaker across the Commonwealth due to the impressive legacy of his father, faces a re-election battle. The incumbent’s GOP challenger, Rep. Lou Barletta (R, Hazelton), hails from the Northeast corner of Pennsylvania, where Casey’s roots are.

Casey is a self-proclaimed moderate, pro-life Democrat in the Senate, but the Senator’s voting record is staunchly different from his talking points.

In his original bid for the United States Senate, Casey ran on a staunchly pro-life, pro-gun platform in attempt to ride the legacy of his father, who famously took Planned Parenthood to the Supreme Court. Casey’s votes in the Senate do not match the record of his Father nor the image that he himself puts forth to voters; the incumbent has a perfect rating from both NARAL and Planned Parenthood. Casey also rejected President Trump’s still-unnamed Supreme Court nominee, even though any of the top contenders would have been pro-life champions on the bench.

Of course, it would not be in Casey’s best political interest to officially come out as pro-choice, given the nature of the ideology of the average Pennsylvania voter, and Casey would no longer be able to ride the wind of his father’s legacy as a pro-life champion for Pennsylvanians.

The polling shows that Casey is likely a safe win for Pennsylvania Democrats, the Barletta campaign is doubling down on their attempt to unseat ‘Sleepin Bob’ Casey, as coined by President Trump, pointing out Casey’s unsubstantial legislative tenure in the Senate.