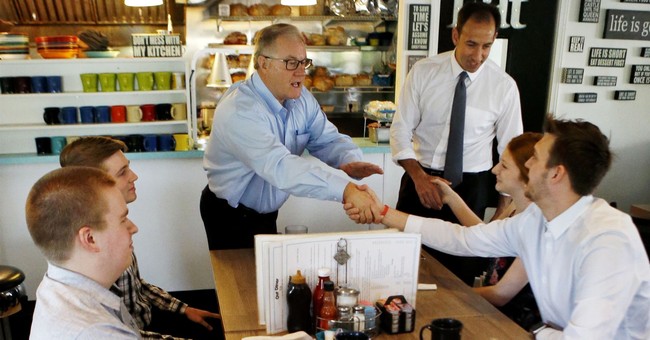 On the second stop on the Wagner-Bartos ticket’s town-hall tour of Pennsylvania, the GOP candidates went after Governor Tom Wolf’s hypocrisy on education. Wolf, a strong ally of the Pennsylvania State Education Association, claims to be a champion of the public education system, but his recent legislative actions tell voters otherwise.

In June 2016, Governor Wolf signed a bill from the Pennsylvania General Assembly that enacted a new formula for education funding. The new approach disproportionately benefited school districts in the eastern half of the Commonwealth, rewarding growing and lower income districts with new funds computed through the formula. The intention of the legislation was not to push the entirety of Pennsylvania’s funding resources for public education through this formula, as Governor Wolf knew at the time, but the Governor is now proposing just that. Governor Wolf is now fully committed to a formula-based dispensation of Pennsylvania’s education dollars. Rather than a gradual increase in funding and use of the formula, Governor Wolf proposed that all funding immediately be shifted to the fair formula and distributed as such.

As Bartos says, this change by Wolf is an ironic policy move by a man who ran for Governor on the promise of championing public education.