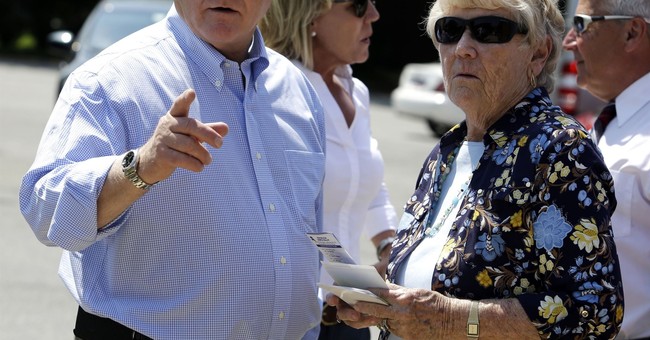 As the Pennsylvania Gubernatorial race is fully underway, candidates are gearing up for a fight to hold the Governor’s Mansion in 2018. GOP nominee Scott Wagner is fully committing to his bid for Governor, and will resign his seat in the Pennsylvania State Senate effective Monday. Wagner submitted his letter of resignation to Senate President Joe Scarnati (R. Jefferson) on Wednesday evening, and plans to give a final farewell speech on the Senate floor on Monday. In a statement on Wagner’s decision, PA GOP Chairman Val DiGiorgio said that this decision affirms Wagner’s readiness to take on Tom Wolf:

“Scott Wagner has always been an outsider that has worked to change the status quo...His best chance at fixing them comes not from the Senate, but from the Governor’s office...Scott has shown the tenacity and reform-minded leadership needed to defeat Tom Wolf and move Pennsylvania forward.”

From his 2017 announcement of his bid for the Governor’s Mansion to winning the Republican nomination, Wagner has campaigned on a similar image as then-candidate Donald Trump, being a political outsider, and has painted Governor Wolf as a liberal obstructionist. Wagner promotes fiscal responsibility and limited government, two ideologies that Governor Wolf has never employed.

Governor Tom Wolf has spent his term championing his veto power and obstructing the Republican legislature’s every move, blocking legislation on budget spending, late-term abortion, opioid relief and job creation. Wolf even went as far as to reject legislation to make Pennsylvania competitive in the sale of alcohol, by privatizing the sale of liquor. Wolf is notorious for attempting to take more out of every Pennsylvanians’ paycheck while also increasing government spending, and has proposed billions in tax hikes on hard-working Pennsylvanians during his tenure as Governor. Most notably, Governor Tom Wolf is in the pocket of public sector union political action committees (PACs), racking up eight million in donations since his bid for Governor in 2013.

November will bring a contentious election for Governor of Pennsylvania, alongside a high-stake Senate race and numerous Congressional races that Republicans must win to ensure the GOP holds the majority in the House of Representatives. Scott Wagner resigned his State Senate seat and is fully committed to his bid for Governor. Wagner is ready to challenge Governor Tom Wolf, once voted America’s most liberal Governor, on the issues he has failed Pennsylvanians on.