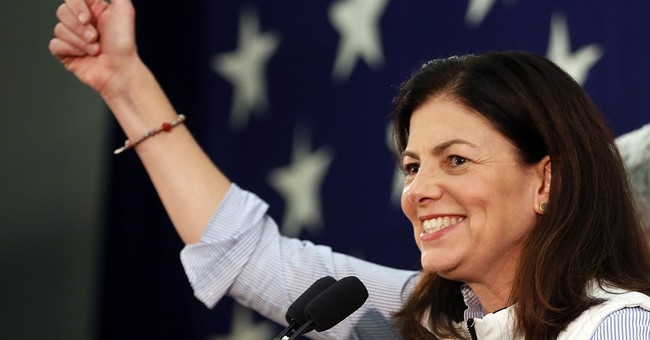 Cosmopolitan magazine is already talking about the 2020 election, publishing an article lining up women who could be the first female president, after Hillary Clinton’s two failed presidential bids. The problem? Out of the seven women the liberal magazine discussed, not one was a conservative. The article promoted Democratic lawmakers, and liberal women with no political experience, but not a single Republican woman-elected official or otherwise.

7 Women Who Could Be Our First Female President https://t.co/pWlnO6ixTP pic.twitter.com/mEPocWMIyr

This article is the epitome of modern feminism. The movement that claims to champion all women, and inclusion, constantly devalues conservative women based on their right-leaning beliefs. The current movement seems to be stemmed in hating men, begging for government handouts, promoting abortion and shaming conservative women, not empowering females or bringing women with diverse opinions together in support of equality.

The movement has lambasted Ivanka Trump, shaming her for not being ‘enough of a feminist,’ which really means not obeying their progressive agenda. Modern feminists slammed a female reporter for defending Melania Trump amidst a male New York Times reporter slut-shaming her. Feminists objectify Kellyanne Conway and call her a disgrace to women everywhere. The movement over-sexualized and slammed former vice presidential candidate Sarah Palin for being pro-life. These instances of feminism’s unmerited critique of conservative women are just a few  of the times that the movement has held women with right-leaning views to a different standard. The majority of those who identify with the current feminist campaign are unwilling to have a civil, policy-based discussion with Republican women. Instead, women who do not share the same beliefs, whether conservative or politically independent, are made to feel unwelcome in the feminist movement. None of these occurrences scream female empowerment, which the modern, radical feminist movement claims to champion. It certainly does not embody inclusion of all women.

So, who can be the first female president?

Any woman, regardless of policy stances, who puts her mind to it.