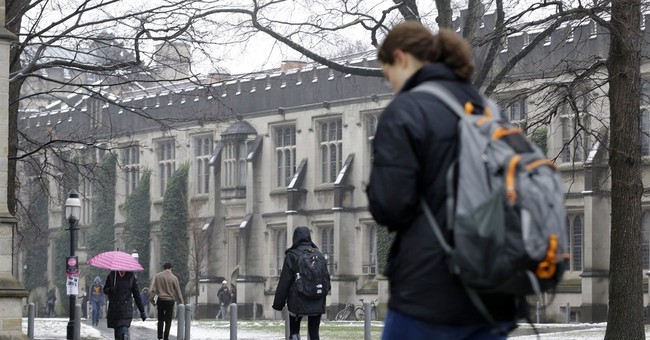 College and university presidents (who overwhelmingly supported the Obama campaign in 2012) are more skeptical than expected about the President's effort to reform federal financial aid, according to a recent poll. The most controversial part of the reform proposal is instituting a national system of ratings and tying federal funding to highly-rated schools.

The plan itself is not recent news, but the reaction of higher education leaders is. Inside Higher Ed provides some background:

Obama administration officials have said that the colleges would be compared to institutions with similar missions. But details on how the system would work have yet to be fully developed or released.

The skepticism of the plan among presidents is striking given how many of them say that they appreciate the way Obama has repeatedly stressed the importance of higher education. Indeed, in a 2012 survey of presidents, Inside Higher Ed found that nearly two-thirds of them planned to vote for the president's re-election -- and that percentage would have been even higher except for strong opposition from presidents of for-profit institutions.

The results of the Gallup/Inside Higher Ed poll, which included responses from 675 college and university presidents, reveal broad pessimism.

In response to the general question "How effective will President Obama's plan to make college more affordable be?" only 2% answered "Very Effective" while 17% answered "Not Effective At All." A plurality of those surveyed, 42%, said it will be "Not Too Effective."

When it came to the question of "In your opinion, will President Obama's plan to make college more affordable have a positive effect on your institution?" only 19% said "Yes" but 50% said "No."

Other highlights of the poll include:

Do you agree or disagree that students will use the new information provided by the Department of Education to make informed decisions in selecting higher education institutions?
Strongly agree: 2 percent
Agree: 11 percent
In the middle: 27 percent
Disagree: 34 percent
Strongly disagree: 22 percent

Do you agree or disagree that the president's strategy to link federal financial aid to an institution's performance on the new rating system is a good idea?
Strongly agree: 3 percent
Agree: 13 percent
In the middle: 30 percent
Disagree: 30 percent
Strongly disagree: 35 percent

The respondents also expressed skepticism about the proposed criteria for the ratings system: 52% agree or strongly agree that President Obama's ratings system will favor the wealthiest institutions despite the fact that the White House has emphasized its purpose as a measure to benefit the middle class.

Reforming higher education, improving college affordability, and restructuring federal financial aid are popular among politicians, academics, and American citizens alike. Regardless, President Obama's plan is doomed to fail unless the leaders of the institutions to be reformed are brought on board as well.