Child Marriage May Finally End in Yemen and Saudi 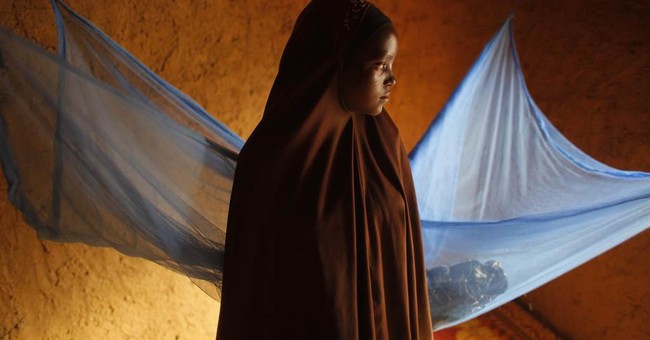 The only two countries in the Middle East without minimum age requirements for marriage are considering laws establishing a minimum age to protect women.

Girls as young as six years old are being forced into marriage in those countries, many enduring rape, physical trauma from intercourse and childbirth, and torture - several on record have died from their wounds or committed suicide. Ensuring minimum marriage laws are passed in these countries is a top priority for many supporters of human rights around the world.

The tragic stories pouring out of these countries in the present day are too numerous to count: A selfish drug addict sells his child daughter to a man four times her age. A thirteen-year-old bled out and died three days after her wedding as a result of sexual violence perpetrated by her husband. The fact that these stories can exist in 2013 is inexcusable.

If Yemen and Saudi Arabia pass laws establishing a minimum age for marriage, they will be the last to do so in the Middle East. However, it is important to note that child marriage poses a serious problem elsewhere in the world and that many non-Middle Eastern countries have not passed a minimum age for marriage law. Sub-Saharan Africa, for example, includes many countries where child marriage is a serious problem and no initiatives are currently on the table for consideration by their leadership.

Activists must also temper their optimism about the power of the law. Despite the fact that a legal framework protecting these children is a crucial first step, it will not be the final one - as we have seen in countries like India and many other South Asian nations with child marriage problems that persist despite protection laws.

In addition, progressive social movements and sexual revolutions in the West have allowed child marriage and legally-sanctioned child sexual agency to continue in the United States, Canada, and Europe. (Shockingly, some American activists want to lower the age of consent to as early as 14 years old, but that is its own debate.)

Although the outcome of the proposals in both Yemen and Saudi is unclear, there is hope that the critical mass of pressure both within the region and internationally will suffice to see the measures through. We must protect our children, and especially our girls, from this most vicious abuse. Our country, world, economy, education, and humanity depend on it.

P.S. For those less familiar with the subject, a brief summary of some of the most prevalent and widespread negative consequences of child marriage provided by PBS are: