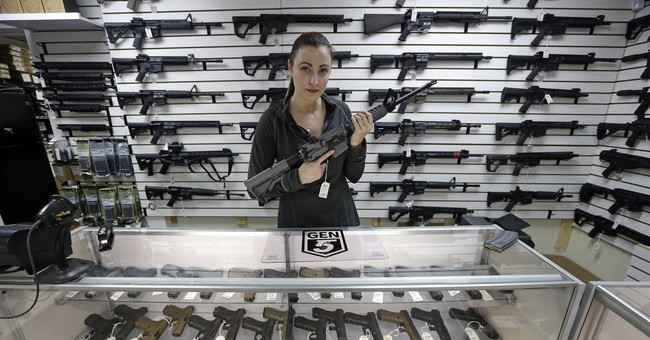 The number of background checks performed during the Black Friday holiday sale reached an all-time high, shattering the previous all-time highs set on Black Friday in 2015 and 2016 by almost 20,000. In total, the FBI received 203,086 requests as pro-second amendment shoppers capitalized on sales.

As reported by USA Today, the number of requests does not necessarily match the number of guns that were purchased. The number of firearms purchased could be significantly higher as one individual could buy more than one firearm at a time, as only one background check is needed during a single purchase.

During the last few years of Barack Obama's presidency, the nation saw a spike in gun sales as second amendment proponents feared the passage of more restrictive legislation. However, according to USA Today, though a pro-Second Amendment president is now in the White House, "gun check numbers had leveled off in the first months of the pro-gun Trump administration."

The 200,000 plus background checks on Friday comes after the worst massing shooting in the state of Texas's history, and after it was revealed that the National Instant Criminal Background Check System (NICS) did not have the necessary information to prevent the shooter from buying a gun in the first place. The United States Air Force revealed that it had failed to notify the FBI of the shooter's violent criminal history which allowed him to pass a background check.

A group of U.S. Senators has created bipartisan legislation, known as the Fix NICS Act, to hold federal agencies that do not provide an individual's criminal background to the FBI accountable. If the legislation were to become law, agencies that fail to comply would face steep fines.

According to Sen. John Cornyn (R-TX), the "bill aims to help fix what's become a nationwide, systemic problem so we can better prevent criminals and domestic abusers from obtaining firearms."