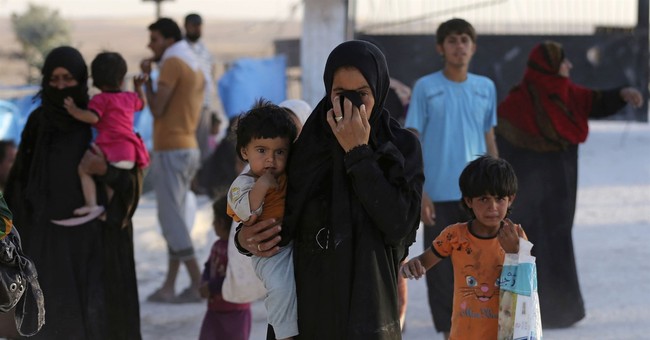 In a show of bipartisanship, the College Republicans and College Democrats of Rutgers University came together to issue a joint statement on Monday condemning the university's decision to continue to employ a controversial adjunct professor.

The professor, Mazen Adi, is a former member of the Bashar al-Assad regime in Syria, a regime that is known for its egregious human rights violations and bloody civil war.

In an appearance on "Fox & Friends," Rutgers student and Campus Reform correspondent Andrea Vacchiano said, "Because Rutgers is a public university, I think it has a duty to use taxpayer money effectively. And it shouldn't be going to fund the income of someone who literally defended the Assad regime in front of the UN, which is a regime that's been accused of committing the worst war crimes, including gassing its own people."

Adi has been a lecturer at the university since September 2015 and has taught courses in political science, United Nations and global policy studies, and, ironically, international criminal law.

Rutgers has also received opposition from UN Watch, "a non-governmental organization based in Geneva whose mandate is to monitor the performance of the United Nations."

Hillel Neuer, the executive director of UN Watch, has called Adi a "liar" and an "apologist for mass murder." "It ought to be a matter of profound concern that an American university would allow an apologist for the Syrian regime’s genocide to be a teacher," he said.

The College Republicans and College Democrats made their concerns known:

We are calling on Rutgers University and President Robert Barchi to remove the same faculty member that has been flagged by UN Watch.

As a community that is "committed to the recruitment and retention of a diverse staff that reflects the students [they] serve," Rutgers fails its mission and responsibility towards its students by employing a former spokesperson who endorsed the murderous regime of a disgraceful dictator.

Over the course of nine days, a petition created by UN Watch advocating for Adi's removal has garnered more than 4,200 signatures.

Read the full statement from the College Republicans and College Democrats below.