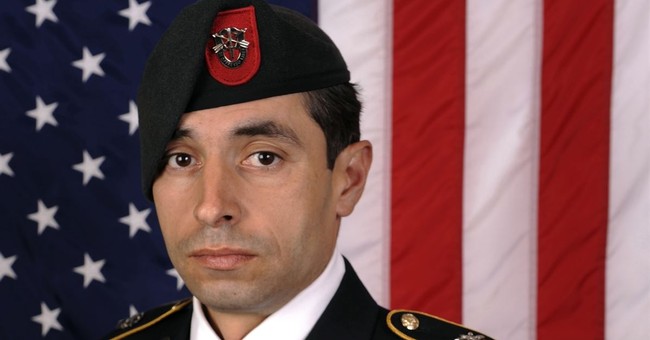 UPDATE: The audio and video of the call can be found here.

In the midst of the media frenzy, the politicization of fallen soldiers and President Trump's phone call to the family of hero Sgt. La David Johnson, it's important to acknowledge the touching phone calls President Trump has made to families who were in need of comfort and support.

On April 8, Natasha De Alencar was notified that her husband would not be coming home. Staff Sgt. Mark R. De Alencar was killed in the line of duty a week after his 37th birthday and was the first U.S. soldier killed in Afghanistan this year.

Four days after his passing, Natasha was sitting with a casualty officer when she received a phone call.

President Trump was on the line.

During the call, as reported by CNN who obtained audio and video of the conversation from Ms. De Alencar, President Trump expressed his condolences:

I'm so sorry to hear about the whole situation. What a horrible thing ... he's an unbelievable hero and you know all the people that served with him are saying how incredible he was ...

Though Ms. De Alencar's conversation with the president lasted about five minutes, President Trump showed how much he cared. Not only did the president praise the heroism of Staff Sgt. De Alencar, but he asked about the five children he had left behind. Ms. De Alencar told CNN that President Trump asked about her oldest son who is a college football player, and felt that the president understood their pain. She explained that the call had nothing to do with politics but focused on understanding the emotions of their family and their need for comfort.

Before the conversation would end, President Trump would offer a kind gesture to Ms. De Alencar and ask her to deliver this message to her children:

Tell them their father was a great hero that I respected.

If you're around Washington, you come over and see me in the Oval Office.