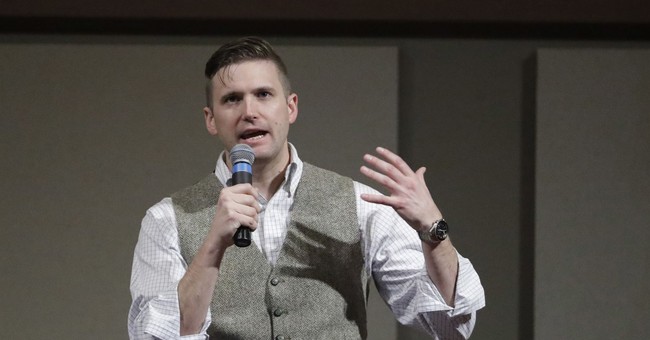 White nationalist Richard Spencer's speaking engagement at the University of Florida in Gainesville has Florida Gov. Rick Scott declaring a state of emergency over security concerns.

Gov. Scott's declaration on Monday comes just a few days before the infamous Spencer is set to arrive on the Florida campus.

As was seen in Charlottesville, Virginia, when white nationalists and counter-protesters clash, a crisis can quickly erupt, violence ensues, and lives can be lost.

The sheriff of Alachua County, Sheriff Sadie Darnell, requested an Executive Order from Gov. Scott to ensure that the necessary resources would be provided to law enforcement so they can maintain public safety.

In a press release, Gov. Scott reiterated that every American has the right to speak, but also said there is no room or excuse for violence. The governor also voiced his willingness to help Sheriff Darnell in any way he can.

We live in a country where everyone has the right to voice their opinion, however, we have zero tolerance for violence and public safety is always our number one priority. I have been in constant contact with Sheriff Darnell who has requested this Executive Order to ensure that county and local law enforcement have every needed resource. This executive order is an additional step to ensure that the University of Florida and the entire community is prepared so everyone can stay safe.

According to the order, to ensure the necessary money and resources are going to law enforcement, the governor has the power to waive budgetary concerns. The Executive Order states:

A. Pursuant to section 252.36(1)(a), Florida Statutes, the Executive Office of the Governor may waive all statues and rules affecting budgeting to the extent necessary to provide budget authority for state agencies to cope with this emergency. The requirements of sections 252.46 and 120.54(4), Florida Statutes, do not apply to any such waiver issued by the Executive Office of the Governor.

Spencer's arrival on the campus is going to grab headlines and stir up trouble and there will undoubtedly be white supremacists and Antifa members looking for any reason to start a riot. It is both a shame that the likes of Richard Spencer abuse their freedom of speech to sow discord and hate rather than unity and that radical individuals and groups force school administrators to waste hundreds of thousands of dollars to protect a constitutional right.