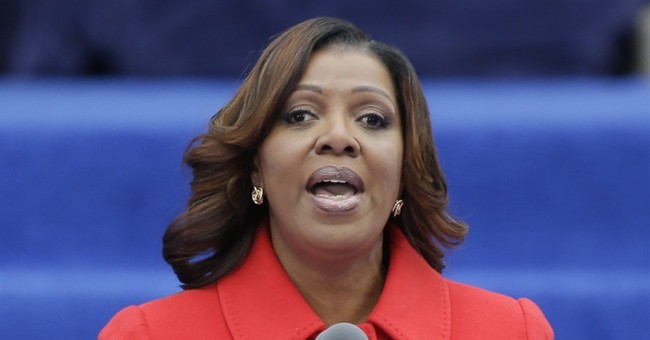 Just like Radical Left New York is trying to destroy the NRA, if Biden becomes President your GREAT SECOND AMENDMENT doesn’t have a chance. Your guns will be taken away, immediately and without notice. No police, no guns!

"The NRA’s influence has been so powerful that the organization went unchecked for decades while top executives funneled millions into their own pockets,” said James in a statement.

"The NRA, through its Compensation Committee as it relates to LaPierre, Phillips and Frazer, and through LaPierre as it relates to Powell, violated these provisions in determining the compensation of the Individual Defendants. The salary, bonuses, other cash and non-cash compensation and other benefits to the Individual Defendants were excessive and constitute a waste of NRA’s charitable assets, and an illegal and unauthorized activity," the complaint reads.

After outlining 18 causes of action against the defendants, the complaint enjoins the New York Supreme Court to dissolve the NRA, remove the defendants from their position and require them to make restitution for unlawful financial benefits.

We are seeking to dissolve the NRA for years of self-dealing and illegal conduct that violate New York’s charities laws and undermine its own mission.

The NRA diverted millions of dollars away from its charitable mission for personal use by senior leadership.

Although the NRA was incorporated in New York as a 501(c)(3) charitable organization, internal corruption may have cost up to $63 million in reduction of unrestricted net assets between 2015 and 2018 and more than $64 million in total waste. If proven, these activities could void the organization of its charitable status.

The District of Columbia also issued a complaint against the NRA and the NRA Foundation today, claiming that the foundation "allowed itself to be financially exploited through, among other things, unfair loans and management fee payments to the NRA."

James promised in 2018 to investigate the NRA and began the official probe in February 2019. Throughout that time, she found a "Culture of Self-Dealing, Mismanagement, and Negligence."

"For these years of fraud and misconduct, we are seeking an order to dissolve the NRA in its entirety," James said in a press conference on Thursday.

Here is the NRA's response:

This was a baseless, premeditated attack on our organization and the Second Amendment freedoms it fights to defend. You could have set your watch by it: the investigation was going to reach its crescendo as...

(3/3) Our members won’t be intimidated or bullied in their defense of political and constitutional freedom.

As evidenced by the lawsuit filed by the NRA today against the NY AG, we not only will not shrink from this fight – we will confront it and prevail.

The NRA has a tumultuous history with the state of New York's legal system.

WATCH: Former President Trump Addresses CPAC
Townhall
Internal emails from the Hollywood Foreign Press Assn. are WAY WORSE than anything Gina Carano ever said. Why aren't the Golden Globes canceled?
Twitchy
Joe Biden Speaks in Houston, What Follows Should Make You Question Everything
Redstate
Biden's Latest Verbal Slip Might Be His Most Disturbing Yet
PJ Media