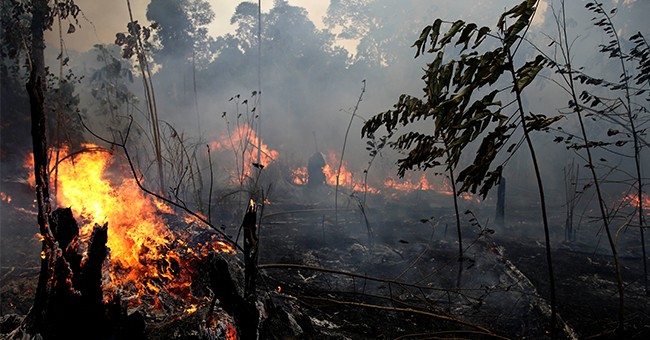 Environmental policy expert and founder of the group Environmental Progress Michael Shellenberger's book, "Apocalypse Now," reached 7th on Amazon after a turbulent week in the media world. The book parses out the facts on climate change from the climate alarmism Shellenberger claims pervades mainstream media.

He begins an article published the day before his book release:

"On behalf of environmentalists everywhere, I would like to formally apologize for the climate scare we created over the last 30 years. Climate change is happening. It's just not the end of the world. It's not even our most serious environmental problem."

While numerous scientists and environmental policy advocates have praised "Apocalypse Now," the countercultural assertions of Shellenberger's article drew ire from the media.

Forbes had originally published the article but removed it "because it violated our editorial guidelines around self-promotion," Forbes told the Guardian Australia in an article on Shellenberger.

The piece associates Shellenberger with conservative media and the Nuclear Energy Institute, but Shellenberger has asserted financial independence. According to the article, many scientists agree with the propositions of his book but are concerned that it would cause others to be insufficiently concerned about climate change and therefore, should not be promoted.

Shellenberger wrote letters requesting the editors of the Guardian and the Sydney Morning Herald, which had also expressed interest in publishing an article about Shellenberger, perform ethics investigations on their reporters.

I am happy to report that, thanks to your retweets, the Sydney Morning Herald has agreed to a recorded interview, and The Guardian has been forced to publish an embarrassingly lame hit piece

Please retweet this to expose their bullying, cowardly behavior

On Tuesday, Shellenberger announced that Facebook's "Climate Feeback" fact-checking committee had elected to censor his article from the platform.

I have formally requested an investigation by CEO Mark Zuckerberg

Please share this to indicate your support for scientific integrity and free speechhttps://t.co/qotiJwfdvr

Critics have accused Environmental Progress of effectively functioning as a pro-nuclear lobby group. However, the website lists each of the organization's donors, arguing that "our strategy depends on our financial independence."

The objective of Environmental Progress is to "[fight] for clean power and energy justice to achieve nature and prosperity for all," according to the website's main page.