WHO Is Behind the Curve in Understanding the Coronavirus, Scientists Say 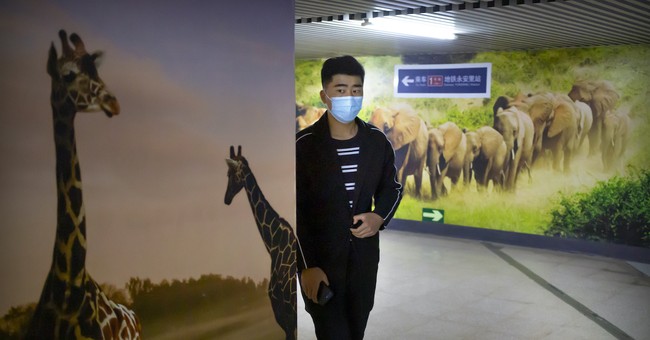 Skepticism over the reliability of the World Health Organization's (WHO) coronavirus response is mounting as 239 scientists in over 32 countries plan to submit an open letter to the WHO asking it to reconsider the possibility of airborne transmission.

"We ignore COVID-19 airborne spread indoors at our peril," the scientists said, according to an ABC news report.

The scientists, led by Lidia Morawska from the Queensland University of Technology, recommend that better ventilation, airborne infection controls including ultraviolet light treatments, and social distancing measures be implemented.

The latest WHO guidelines, released on June 29, reiterated the WHO’s previous position that the COVID-19 virus is “primarily transmitted between people through respiratory droplets and contact routes.” Respiratory droplets that carry the virus are large, having a short air transit duration and a tendency to rest on surfaces. Aerosols, or droplet nuclei, are much smaller, however, and can travel longer distances via air currents. While respiratory droplets are emitted through violent projections, like sneezing, aerosols are created through just breathing.

Euan Tovey, another scientist who signed the letter, told ABC that the WHO’s guidelines reflect “old-fashioned thinking about the behavior of particles.”

The WHO said that aerosol transmission only occurs during medical procedures where significant atmospheric exchange occurs with patients, noting that studies purporting to demonstrate infections resulting from exposure to non-medical aerosol-generating environments were unable to culture the virus from droplet nuclei.

In March, Dr. Tedros Ghebreyesus, the WHO's Director-General, denied that the disease was airborne:

Thanks for your question but actually it’s not airborne. It spreads from person to person through small droplets from the nose or mouth which are spread when a person with #COVID19 coughs or exhales.
Please check @WHO webpage for more information: https://t.co/6anxgmN74c https://t.co/gWaTuN9xGv

Dr. Benedetta Allegranzi also discounted the scientists’ claims, telling the LA Times that they derived too much evidence from laboratory experiments rather than field demonstrations.

WHO spokesman Tarik Jasarevic told Reuters that the WHO has received the article, set to publish in a journal this week, and is “reviewing its contents with our technical experts.”

In a July publication, Scientists in Guangzhou, China, described an outbreak that occurred in three family clusters that had visited a Chinese restaurant between January 26 and February 10. They found that respiratory droplets were the most likely propagators of the infections, and even large droplets could be transmitted through air conditioning ventilators.

Another research review, published on June 30 by Peking University, determined that aerosol droplets could be a significant factor in virus transmission: “the airborne transmission route is highly virulent and dominant for the spread of COVID-19.”

Some have argued that the risk of surface-to-surface transmission was overstated. A Harvard professor published an op-ed this week urging scientists and health officials to take greater strides to mitigate airborne transmission.

"We are concerned that people may think they are fully protected by following the current recommendations, but in fact, additional airborne precautions are needed to further reduce the spread of the virus," she said.

Although the CDC originally dismissed airborne transmission as a relevant factor in the spread of the coronavirus, new mask-wearing guidelines suggest it is a much more prevalent phenomena than previously claimed.