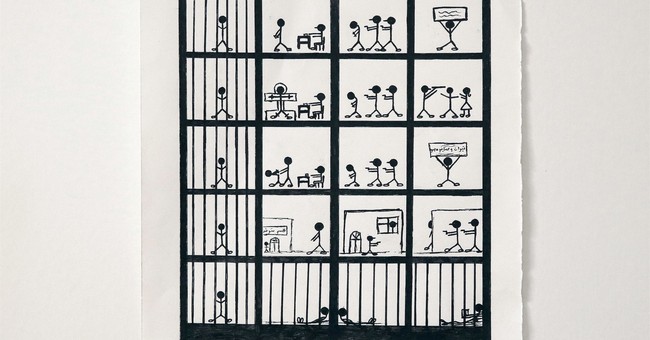 Mohamad Amasah, an Egyptian-American citizen held captive by the Egyptian authorities for sixteen months arrived in his hometown of Jersey City, New Jersey this morning.

Thrilled to learn Mohamed Amashah was released by Egyptian authorities. I look forward to welcoming him home to NJ after being wrongfully incarcerated. Congrats to the Amashah family, advocates & @USEmbassyCairo for their commitment to defend Mohamed’s rights &secure his release. https://t.co/G1yt4Prvsd

Last spring, Amasah had participated in Cairo protests. After displaying a sign that read, "Freedom for all prisoners," authorities arrested him on charges of abusing social media and aiding terrorist agendas. He continued protesting while in prison, notably undertaking a hunger strike in March.

On April 10, a group of bipartisan senators issued a letter to Secretary of State Mike Pompeo expressing distress over the plight of political detainees prisons operated by authoritarian states. "These Americans should have never been jailed in the first place, and must be immediately released," the letter said.

"Mohamad Amasah, a med student from NJ who was arrested at a protest in #Egypt last year, is one of many Americans & political prisoners locked up abroad on baseless charges—now in jails especially vulnerable to #COVID19. I'm urging @SecPompeo to work toward their quick release," he said on Twitter.

On June 30, the Carnegie Endowment for International Peace submitted a letter to Secretary Pompeo, exhorting him to "press Egyptian President Abdel Fattah al-Sisi to cease his escalating crackdown on peaceful opponents, including journalists, activists, and members of American citizens’ families residing in Egypt."

"Following the January death in custody of unjustly imprisoned American citizen Mostafa Kassem, other American citizens, including Mohammed Amashah and Khaled Hassan, remain wrongfully detained in Egypt. The physical risk to these U.S. nationals has only increased since the start of the pandemic, as reports emerge of coronavirus outbreaks in Egyptian prisons," the letter said.

Amasah, who has asthma, was especially vulnerable to the coronavirus considering the Egyptian prison system's squalid and congested conditions.