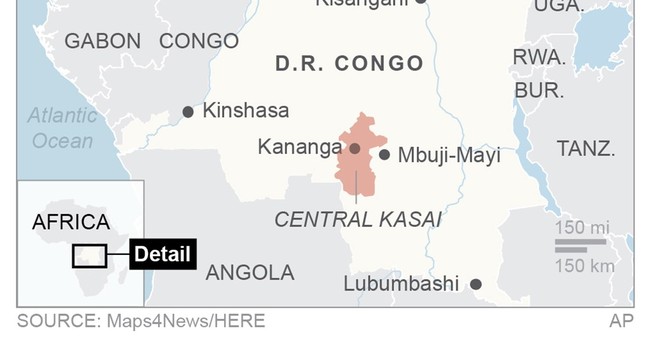 Two UN human rights investigators, one American and one Swedish, were discovered in shallow graves in the Democratic Republic of the Congo-- which U.S. Ambassador to the UN Nikki Haley decried as a senseless killing.

American Michael Sharp and Swede Zaida Catalan, along with their Congolese interpreter, went missing two weeks ago while investigating widespread violence and human rights abuses by the DRC army and local militia groups in the Central Kasai province, according to the Associated Press.

Haley officially reported the deaths in a statement on Tuesday, Fox News reported. "It is with great sadness that we received confirmation today of the deaths of Michael Sharp and Zaida Catalan," she said. "It is always difficult to lose a brave American dedicated to service. Michael was working on the front lines of what we try to do at the United Nations every day: find problems and fix them."

Fox News also reported a statement from UN Secretary-General Antonio Guterres. "Michael and Zaida lost their lives seeking to understand the causes of conflict and insecurity in the DRC (Congo) in order to help bring peace to the country and its people."

This is the first instance in which UN experts have gone missing in the DRC, according to Human Rights Watch. They also released statistics on the conflict in the Congolese region.

"Since large-scale violence erupted in the Kasai region in August 2016, more than 400 people have been killed and more than 200,000 displaced from their homes, according to the UN. Human Rights Watch has received reports of scores of people killed in recent weeks."